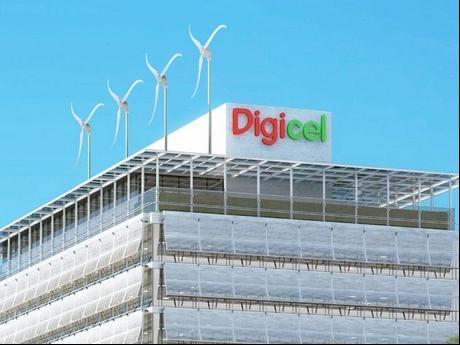 There are concerns that the Digicel Group is in serious financial trouble.

A report published in the Irish Times on Friday says Digicel, headed by Irishman Denis O’Brien, has started an unprecedented cost-cutting plan and hired financial consultants to help cut its massive debt burden as the mobile phone group grapples with declining earnings.

The newspaper quotes an analyst with US credit research firm CreditSights, as saying that Digicel’s 6-point-5 billion US dollar debt is at “unsustainably high levels.

According to CreditSights analyst Micheal Chakardijian, Digicel’s debt is over 600-percent more than the company’s earnings.

Chakardijian says these debts are unsustainably high, and he’s advising bondholders to sell some of their holdings.

If Digicel was a country, its financial position would be more than three times worse off than the world’s most indebted countries, including Jamaica and Greece.

And the exchange rate is part of the problem.

Digicel’s debts are in US dollars, but it’s trying to pay them off in weakening currencies from Haiti, Papua New Guinea, and Jamaica.

In addition, the company has mounting problems, including declining revenues from mobile calls and the ongoing need to pump cash into its fibre network.

Despite its 14-million subscribers in 32 markets worldwide, Chakardijian says the company’s financial position is “stressed”.

It’s is in the middle of its third consecutive year of earnings decline.

Now Digicel has recently implemented a cost-cutting plan dubbed “Project Swan”. However, Chakardijian says the plan is ambitious and opaque. He says the company faces near term financing risks.

He says the group’s debt level is so high that it has “no equity cushion” and that this gives them little wiggle room for poor performance.

Meanwhile, Digicel says it fundamentally disagrees with the conclusions noting that it has a positive outlook.

In November, Digicel executives pitched a plan to investors to cut its debt ratio by one-third by March 2019 as it sees profits finally rebounding in its next financial year.

This after investing USD$2.3-billion in its network over half a decade.

Last year, Digicel CEO Denis O’Brien pulled an initial public offering of Digicel shares, in which the company was seeking to raise as much as USD$2-billion on the New York Stock Exchange.

Digicel blamed volatility in global markets at the time.

3 thoughts on “DIGICEL IN FINANCIAL TROUBLE”