DINNA SENTENCED TO LIFE FOR RAPING AND KILLING SALES REP 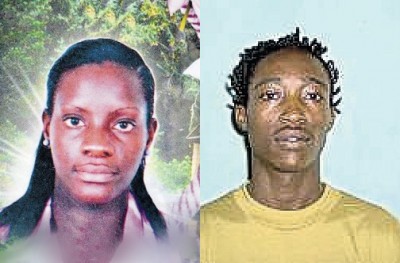 FIFTY-EIGHT-YEAR-OLD Dahlia Forbes has been a nervous wreck ever since her daughter Toneva Forbes, a sales representative of Cambridge in St James, was brutally raped and murdered in a secluded section of Hague Settlement in Trelawny, two years ago.
But the distraught mother, who worships at the Lapland Seventh-day Adventist Church in St James, has unreservedly forgiven the perpetrator of the heinous crime.
“I forgive him because if I don’t forgive him what sense does it make that I pray? God is not going to hear my prayer if I don’t forgive. I would be saying my prayers in vain if I have iniquity in my heart,” the distressed mother, who is also of a Cambridge, St James address, said.
Last week, 28-year-old Terrence ‘Dinna’ Barnett of Hague Settlement, in Trelawny was sentenced to life imprisonment in the Trelawny Circuit Court after being convicted for murdering Toneva.
Barnett will have to serve 30 years before he becomes eligible for parole.
The convict, who was reportedly also on a rape charge at the time he raped and murdered Toneva two years ago, cried openly after the verdict was read.
In the meantime, the distraught mother reacted with indifference to the conviction, citing that it will neither resurrect her daughter, nor will it assist in the maintenance of the two children she left behind.
“The judgement that them give him don’t really help me because right now me have the two children to deal with. So how dem a go get support? Their mother gone, one of them don’t have no father, so what a go happen to them? That is my problem,” Forbes said.
The sales representative, who was affectionately called Samantha, died leaving, Oneva, now six, and Rickeem, who turned four a few months ago. Toneva was the fourth of six children for Forbes.
On Monday October 1, 2012, Toneva and a male colleague — both employed at a Montego Bay business establishment — entered the Hague Settlement community together, but went in different directions to conduct their sales. They were scheduled to meet later in the afternoon but when she didn’t turn up and failed to answer her cellphone, the police was notified.
Her body — wrapped in a sheet with her hands and feet bound and mouth gagged — was found under the bed of a house occupied by Barnett. No one was home at the time of the discovery.
Barnett was subsequently shot and injured and his house burnt to the ground by angry residents.
Toneva’s mother recalled how devastated she was at the news of her daughter’s killing, adding that she has been on medication after suffering a nervous breakdown.
“It is painful. It’s hurtful. Night and day mi bawl, mi just can’t stop bawl. Mi a tell you me belly hurt mi night and day. If mi kneel down to pray a she mi see before mi with the two children,” Forbes lamented.
Attending Barnett’s trial was “like an old wound ripped open”, Forbes said, noting that she could not gather the strength to bear more than two days of the proceedings.
“Even during the trial,” she said, her voice cracking, “the police them had to take me out of court. One thing that make me break down was when the judge said, ‘You are here for the murder of Toneva Forbes’ and he said, ‘not guilty’.”
She added: “Mi scream out in the courthouse and they had to take me outside. [But] to know that a you kill the person, people see you, the forensic, everything, the evidence is against you and you a go say ‘not guilty’.”
Reflecting on her daughter, Forbes said Toneva “was such a loving person”.
POST A COMMEN