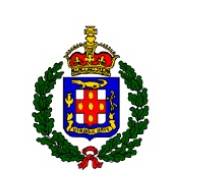 THE JAMAICA CONSTABULARY FORCE CONSTABULARY COMMUNICATION NETWORK NEWS RELEASE FRIDAY 2014-01-10 POLICE LAUNCH INVESTIGATIONS INTO MALICIOUS CRIMINAL ACTS
Senior investigators from the Criminal Investigation Branch (CIB) headquarters of the Jamaica Constabulary Force (JCF) have launched an investigation into the reports of a series of activities which have been linked to a particular case that is currently before the Court. One of two latest activities reported, involves a case of robbery while the other involves a case of malicious destruction of property. On one occasion, a hotel where it is believed a witness was staying, was invaded. During the robbery, the criminals took the guest list and JMD one thousand. No other valuables were removed from the location. In another incident, a number of fibre optic cables at one of the cell sites of a telecommunications company were maliciously destroyed. Preliminary investigations indicate that the acts appear to have been deliberately orchestrated by associates of suspects in custody; criminals who seek to intimidate witnesses and pervert the course of justice. While the investigations continue, the Police are warning individuals who continue to support criminality that the law will take its full force, even as they seek to interfere with the proceedings geared towards bringing their fellow hoodlums to justice for the crimes they have committed. Citizens are urged to report suspicious activities and any information to the Police immediately. Individuals may contact the CIB headquarters at 922-9847/922-7855, Crime Stop at 311, Kingfish at 811, Police 119 emergency number or the nearest Police Station.

0 thoughts on “DIS A COME FROM DI JCF !!- STATING THAT KARTEL PEOPLE DEM HAVE SUMTING FI DO WID DIGICEL TINGS!!”