DIS MUS BE A JOKE..TESHA MILLER ARRIVED IN THE US?? 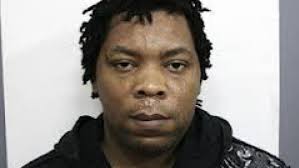 Reputed leader of the Spanish Town-based Clansman gang, Tesha Miller, was arrested on Tuesday by United States authorities after he arrived there.
Sources yesterday told THE STAR that the alleged gang leader, who is also said to be a strongman for one of the two major political parties, was detained after he arrived in Miami, Florida, by boat en route from The Bahamas.
Allegations are that Miller was arrested by immigration authorities for re-entry to the country without proper documentation. He has remained in custody since being detained, and is facing the possibility of charges being laid against him.
Information reaching THE STAR is that the Jamaican police, who had been tracking Miller since he left the island for The Bahamas, has been informed of his arrest. However, senior police officials were tight-lipped and declined to comment, when contacted last night.
Earlier this year, it was reported that Miller had filed a suit in the Supreme Court seeking damages against the Government for his arrest and incarceration for gun offences. This, after Miller was freed by the Court of Appeal last March.
Miller, who stated in court documents that he is a welder and record producer, was sentenced in April 2011 to 15 years in prison for robbery with aggravation and seven years for illegal possession of firearm.
Miller was convicted of robbing a man of his motor car in December 2010 in Spanish Town, St Catherine. He testified that he knew nothing about the robbery and said he was not present when it took place.

0 thoughts on “DIS MUS BE A JOKE..TESHA MILLER ARRIVED IN THE US??”