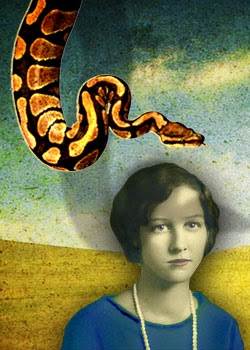 Dreaming of Snakes
Are you having dreams about snakes? Wow! these are some of the most evil dreams you could experience. A snake represents evil, wickedness, witchcraft, deceit etc.
Scripture tell us that the serpent (snake) was more subtle than any best of the field, Genesis 3:1. The word subtle is defined as being incognito, never revealing one’s true identity always hiding behind someone or something else. “And the great dragon was cast out, that old serpent, called the Devil, and Satan, which deceives the whole world: he was cast out into the earth, and his angels were cast out with him” Rev. 12:9
Black snakes represent pure evil, while the size and type of snake in your dream will determine the level of evil that is challenging you. For example, let’s say you dreamt about a black cobra and you saw this black Cobra coming out of the water to attack you. Well, the dream is indicating that the spirit of witchcraft has been sent against you and because it’s a Cobra it further indicates that this is not your regular attack instead a top ranking spirit, specifically a principality.
The black Cobra coming out of the water now speaks to the branch of witchcraft attacking you, which is the marine spirits aka, water spirits.
It is vitally important to understand the details of your dreams because the specific details will determine how you will respond. In this particular case your prayer must be specifically against witchcraft from the spiritual marine kingdom and because you’re dealing with a principality you must advance your counter attack with fasting. As a side note, fighting principalities must include fasting along with prayer.
In Daniel chapter 10, it was as a result of Daniel’s prayer and fasting that the prince of Persia (A demonic spiritual principality) was subdued by Michael, who is a chief Prince Angel of the Lord’s Angelic host, Daniel 10:13. So as you would have read this type of spiritual warfare will require reinforcement, in fact I advise you to call on Michael the angel of the lord during your prayer time to assist you, providing you’re on a fast of course.
This is nothing new, if you would recall Jesus himself said that certain types of evil spirits will only leave via prayer and fasting, Matthew 17:21.
Written By: Kevin L A Ewing
kevinewing@coralwave.com
kevinlaewing.blogspot.com
Posted by Kevin Ewing at 4:15 AM

0 thoughts on “DREAMING OF SNAKES”

104 Users Online
Back to top