The police have confirmed that a letter is being circulated to business operators in Clarendon and Manchester demanding up to $100,000 in extortion money.

The letter warns that business operators who try to resist or refuse to pay will be killed along with their families and employees.

The police say two men were apprehended in Manchester today with 15 copies of the letter in a BMW motorcar.

And investigators say they expect to make more arrests shortly as they are in possession of close circuit television footage of men distributing the letters.

The police are also urging business operators not to pay extortion money to anyone but to call them whenever they receive the letter.

The Gleaner/Power106 News Centre obtained a copy of the letter, which warned that business operators who are unable to make the extortion payments should close their businesses rather than complain about slow sales. 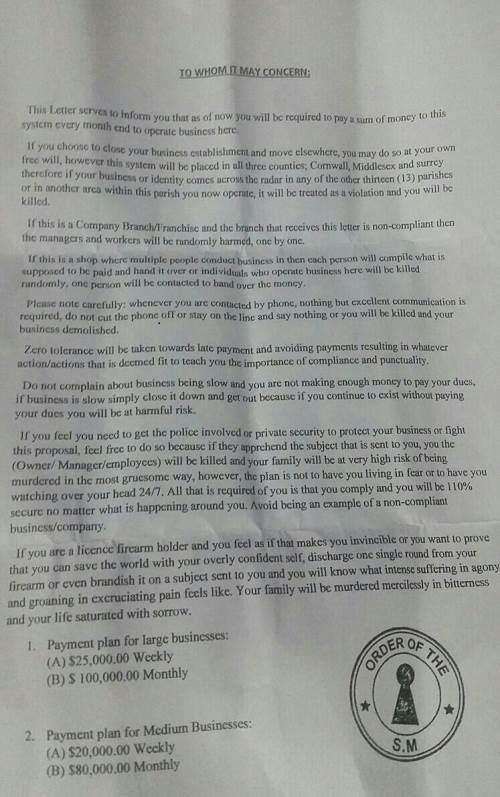