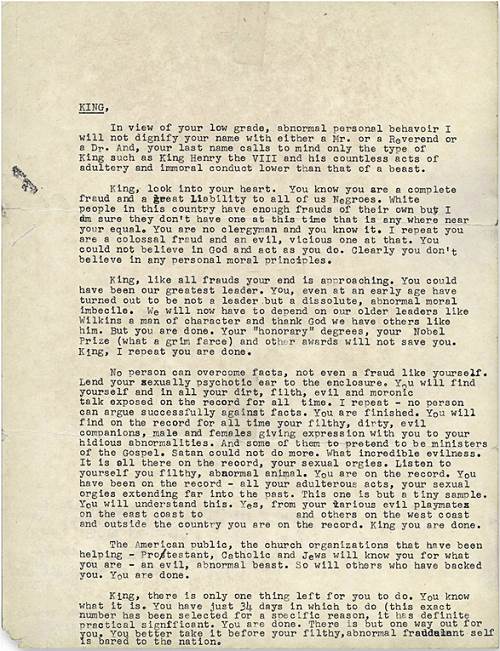 The letter was said to be uncovered by a Historian from Yale university Beverley Gage .Gage revealed her discovery in a piece in the New York Times Sunday Magazine, which shows the original one-page letter in full. An image of the letter reveals it was typewritten, with some of its errors hand corrected. It addresses the Reverend as “King,” its writer indicating that he refuses to “dignify your name with either a Mr. or a Reverend or a Dr.”