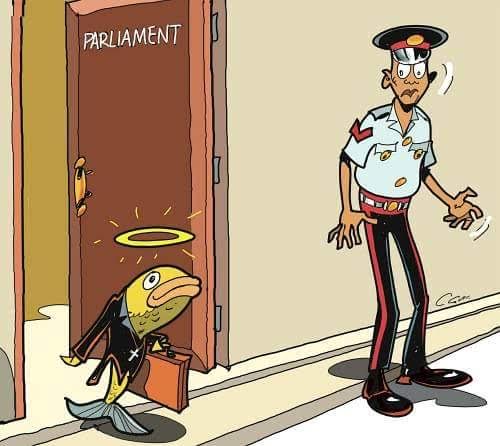 There are certain sayings that are very unique to Jamaica. Growing up when we hear that a man gone,we knew the context so we find it astounding that he misunderstood what the people means by him gone.He is saying that he is not gone and he is still in politics.

They are trying to rebrand him to make him palatable ,there is even talk of a fiancé (girl) in the wings. He still won’t be digestible though to people who know his file. My link told me that is from 2001-2006 him know bout this person. He had dreadlocks long down his back and started out working with pnp’s assambe.Like before midday Him use to park up his vehicle at new Kingston putt and play golf compound.He spar with this effeminate boy and all 2am they still playing golf and leave together.

My link know the stuff having worked in the area.One day my link claimed that man came to the defense of some gays who were being chased out of Emancipation park for rowdy behavior. The security guard was telling them that they can’t be having head in lap in the park.They got boisterous and tracing that is Auntie PJ built the park for them.Couple licks were applied forthwith and it is claimed that man use his political clout and got the security company removed. People don’t be fooled by marketing gimmicks, that man gone gone far from reality!

Oh a next quick thing too,my link swear that the former brown minister who great at making money but bad at security of it and everything, use to swing hips east to West when he visited Citibank building. He seemed to have straighten out the walk at least because isn’t he married with child now?