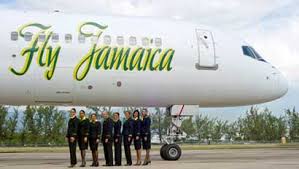 Numerous complaints have come in yet again about the airline Fly Jamaica. Customers are said to have booked flights from New York to Jamaica and were due to leave this past Sunday and are in the airport. Customers coming to the U.S from Jamaica via the airline are also said to be stuck in Jamaica. Allegations are that Fly Jamaica accommodated some of the stranded passengers in a nearby hotel but had them removed yesterday, citing that they were only allowed to stay in the hotel for one day. Completely disregarding the fact that they had not been placed in flights. An insider reports that Fly Jamaica called the police on passengers who were upset about not being able to get on flights and the $12 stipend the airline offered them for lunch. It was only a few weeks ago that the airline was in major news papers in U.S about the same thing..