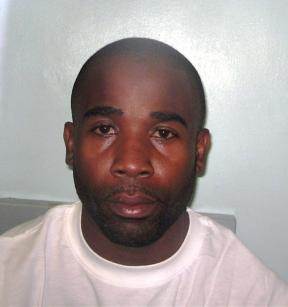 A gang leader who was involved in the supply of drugs and gun violence was returned to Jamaica today after police proved he was a danger to the public.

Andre O’Neil Grant, 30, of Walthamstow, whose address could not be revealed, had ten UK based convictions including driving offences, breaches of community orders, cannabis possession, deception and battery.

In July 2011 he was acquitted of the murder of Joseph Hylton, whose death was believed to be motivated by a drugs and firearm dispute.

He was referred to Operation Nexus, a Home Office and Metropolitan Police programme which oversees the expulsion of foreign criminals from the UK, and remained in immigration detention for two years and submitted five unsuccessful bail applications.

He was removed from the UK today despite an 11-hour attempt at a court injunction and an application to remain in the UK on human rights grounds, after being detained as an “overstayer” on November 14.

Operation Nexus has seen more than 1,000 foreign criminals removed from the UK over 18 months and tackles individuals who may not have been convicted but where a pattern of arrests or association with serious criminality is shown.

“We are committed to identifying and managing the harm posed to Londoners by offenders who are foreign nationals.

“This clearly demonstrates the effectiveness of the partnership and is one of a number of planned deportations of offenders causing high harm to London communities.”

0 thoughts on “GANG LEADER FI WHERE?”