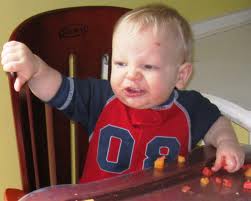 AND SOME OF YOU WONDER WHY I SAY THE THINGS I DO. MY COUNTRYMEN BREAK MY HEART MORE THAN ANY LOVER COULD. ON NOV 27th I PUT UP A POST BRINGING ATTENTION TO the JAMAICAN #LGBT YOUTHS LIVING in THE SEWERS and ASKED FOR YOUR SUPPORT. SOME OF YOU CONCERNED CITIZENS DID SUPPORT … and ON DEC 1st THIS is WHAT HAPPENED. #JAMAICAN POLICE SEIZED and BURN the DONATIONS (food and clothes) GIVEN toTHESE YOUTHs. JESUS CHRIST MAN!!! HOW CAN WE BE SO ONE TRACK MINDED. WE NEED TO DO BETTER THAN THIS!! I’M ROLLING IN MY GRAVE and I’M STILL ALIVE. I AM ONE PERSON WHO’S NOT AFRAID to “KILL THE VIBE” for A GOOD CAUSE

*WHOSE VIBE IS SHE KILLING , THE ”TESSANNE VIBE”?*
What I dont like are the lies, the other day someone asked on Facebook why the media had to say that gay men were caught in a robbery operation. I wanted to respond but I am tired, sick and disgusted. The media constantly has to defend itself against the attacks of the members of the so called Jamaican gay community who will stop at nothing to make Jamaica look bad. The constantly say Jamaicans are homophobic and barbaric , which is why it is necessary to highlight the ills that they commit on regular Jamaican citizens. In this instance I would like to ask; When has the JCF ever burnt anything besides ganja?
The other day JFLAG also made an accusation hinting towards homosexual murders not being reported or violence against them…I have forgotten the details but 9.5/10 murders that have happened with homosexuals involved IN JAMACIA have all been carried out by their partners and they have made the news. If JFLAG is spitting such an accusation shouldn’t it be followed by the numbers they themselves have? Why such an accusation without submitting proof? It is sickening , disgusting , trifling ,low and dishonest to try to get attention by falsifying the truth. I urge you who feel that Jamaicans are committing the acts that are ”less than humane” to submit proof along with your statements. We do not believe you