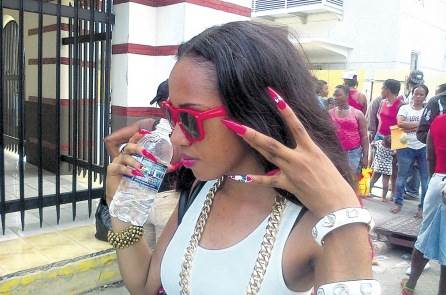 KINGSTON, Jamaica–The perverting the course of justice case against entertainer Vybz Kartel and his co-accused has ended.
Directors of Public Prosecutions Paula Llewellyn today entered a nolle prosequi ending the matter on the ground that Vybz Kartel’s murder conviction and sentence is being appealed.
Attorney Tom Tavares-Finson made an application previously that it wouldn’t be in the interest of justice for this trial to proceed while the appeal is pending, given the fact that the witnesses are the same.
Vybz Kartel, Vanessa ‘Gaza Slim’ Saddler and Andre Henry were charged with attempting to pervert the course of justice in relation to the 2011 murder‎ of Clive ‘Lizard’ Williams.
Racquel Porter