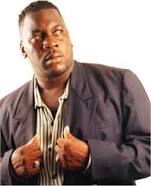 A bank employee accused of fleecing more than $12 million from the account of entertainer George Nooks yesterday had her bail extended.
The accused, Abbey-Gaye Thompson, 27, was booked to return to the Corporate Area Resident Magistrate’s Court on August 8. Thompson, of Savatri Road in Kingston 11, was employed to the Half-Way-Tree branch of Canadian Imperial Bank of Commerce (CIBC) in Kingston during the time the money allegedly disappeared.
The court was informed that Nooks started doing business with the bank last September and had instructed Thompson to open a Jamaican and US dollar account for him. However, it is alleged that Thompson instead opened two Jamaican dollar accounts.
It is alleged that Nooks went to the bank on March 7 to make a withdrawal of $10,000 from his US$ account and was told by Thompson that the bank did not have that amount in US currency, as a result Nooks asked for the equivalent in Jamaican dollars and was given $1.2 million.
However, it is alleged that he later discovered that the money was withdrawn from another customer’s account. Shortly after the entertainer reportedly returned to the bank and requested a balance check but questioned the amount in the accounts.
Nooks, the court heard, became suspicious and made further enquiries and on March 13 was given a Bank of Jamaica certificate of deposit reflecting an investment of US$37,538.81 and JM$8,650,000, which was more in line with his expectations.
The entertainer, the court heard, later discovered that the document was forged and he was then given pieces of papers to show that he had balances of US$9,920 and J$504,868, but soon after discovered that he only had US$227.96 and J$50,000.
Thompson was subsequently arrested and charged with larceny as a servant, forgery, uttering forged documents and falsification of accounts.
When the matter was mentioned yesterday, her attorney Philmore Scott maintained her innocence and requested full disclosure of the documents that the prosecution was relying on in the matter.
“My client is charged for something that she did not do and the documents will prove it,” he said.
Senior Magistrate Judith Pusey told him that he had to wait until the file was complete and extended his client’s bail.