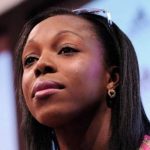 Today, the disciplinary panel hearing her doping case ruled that she did not use the prohibited substance for performance enhancement.

The panel further said this is not one of the most serious offences and it was appropriate that she should be given a public warning.

Campbell-Brown returned an adverse analytical finding at the May 4 at the Jamaica International Invitational at the National Stadium.

The two-time Olympic 200-metre gold medallist tested positive for the diuretic furosemide, a banned substance that is often marketed under the name Lasix.

Today’s ruling is expected to be sent to the international governing body, International Association of Athletics Federations (IAAF).

A spokesperson for the Jamaica Athletics Administrative Association (JAAA) said the local body will be seeking authorization to publish the full text of its ruling.

Campbell-Brown has been one of track and field’s biggest female global stars for over a decade.