GOOD NEWS, TRINI IMPORTS TO JAMAICA ON THE DECLINE

Traditionally, imports from Trinidad and Tobago into Jamaica have far exceeded the value of exports sent to that island from Jamaica.

However, on the back of lower imports of oil products, the Statistical Institute of Jamaica (Statin) indicates that the trade existing between Trinidad and Jamaica has contracted by $1 billion within the last eight years.

Imports from the Eastern Caribbean nation to Jamaica, however, continue to exceed the value of exports that cross its borders from Jamaican producers. 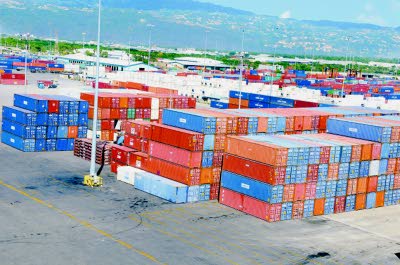 The main exports sent to Trinidad from Jamaica, according to Statin, are chemicals and related materials, as well as food and beverages.
The chief imports from Trinidad into Jamaica are mineral fuels, food, beverages and tobacco.

As at December 2015, exports from Jamaica represent less than two per cent of the value of imports from Trinidad.

In 2015, the value of exports to Trinidad from Jamaica fell below the $10-million mark to $7.48 million, for the first time in a decade.

Imports, however, have also fallen during the decade. In 2008, Jamaica imported $1.52 billion in goods from its Caricom partner. In 2015, imports fell to $462 million in value.

In 15 years of trade between the islands since 2001, Jamaica has imported $10.52 billion in goods from Trinidad, while during the period it has not achieved half a billion dollars in exports, exporting a total $248.75 million in goods to the eastern Caribbean nation.

One thought on “GOOD NEWS, TRINI IMPORTS TO JAMAICA ON THE DECLINE”