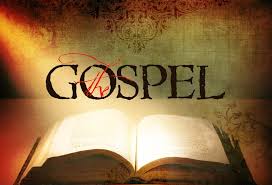 A controversial document that suggests that Jesus of Nazareth had a wife is most likely ancient and not a modern forgery, according to a paper published today in the Harvard Theological Review. The papyrus fragment, known as the “Gospel of Jesus’s Wife,” has been the subject of widespread debate since it was discovered in 2012 because it includes the phrase “Jesus said to them, ‘My wife…’.” It also mentions that “she will be able to be my disciple,” which led some to question whether women should be allowed to become Catholic priests.

The Vatican has previously said that the document is most likely a modern forgery, but scientists from Columbia University, Harvard, and the Massachusetts Institute of Technology say their analysis strongly suggests that it is indeed part of an ancient manuscript and that it wasn’t edited or tampered with. The researchers used micro-Raman and infrared spectroscopy to analyze the composition of the ink, looking for clues as to whether it may have been applied after the original document was damaged.

“IT WOULD HAVE BEEN EXTREMELY DIFFICULT, IF NOT IMPOSSIBLE.”

“There is absolutely no evidence for that,” Timothy Swager, an MIT chemistry professor who worked on the project, tells the New York Times. “It would have been extremely difficult, if not impossible.” The researchers dated the fragment to between the sixth and ninth century AD, noting that it bears a strong resemblance to other texts from that era.

Lead researcher Karen King acknowledges that her findings don’t prove that Jesus had a wife, though she believes it does indicate that early Christians were discussing issues related to sex and marriage. In her view, the document proves that “women who are mothers and wives can be disciples of Jesus,” though not everyone is convinced of its authenticity.

The Harvard Theological Review is also publishing a rebuttal to King’s findings today, authored by Brown University professor Leo Depuydt. Depuydt maintains that there was never any need to conduct tests on the fragment, because it includes “gross grammatical errors” and its text matches writings from another early Christian text discovered in 1945. According to him, the document is so blatantly fake that it “seems ripe for a Monty Python sketch.” Depuydt also dismissed King’s claims that the fragment’s ink doesn’t match the carbon inks used today, telling the New York Times: “An undergraduate student with one semester of Coptic can make a reed pen and start drawing lines.”
http://www.theverge.com/2014/4/10/5600450/papyrus-gospel-of-jesus-wife-likely-wasnt-forged-scientists-claim