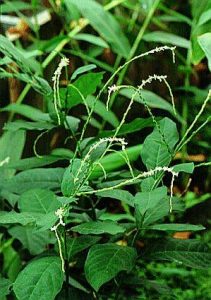 Jamaican scientist Dr Henry Lowe on Friday confirmed that he and his research team have uncovered two major developments related to Guinea Hen Weed’s ability to fight cancer and that the findings will be published in a respected peer review journal next month.

Lowe told the Sunday Observer that his research team at the University of Maryland School of Medicine discovered that one of the ways by which Dibenzyl Trisulfide (DTS) — the major bioactive molecule in Guinea Hen Weed — attacks and destroys cancer cells is by inhibiting a particular type of protein (called a Kinase) which exists in cancer cells and which promotes cancer development.

“If these Kinases are not inhibited or destroyed, they help the cancer cells to survive as well as to spread throughout the body,” Lowe, said.

He also revealed that a study of the anti-cancer potency of the Guinea Hen Weed products on the international market, compared to those available here, found that the local products are “significantly more potent” than their overseas commercial competitors, “by an average of 25 per cent”.

That study, he said, was conducted by his Biotech R&D Institute, and the findings have been accepted for publication in the April 2014 issue of the International Journal of Cancer Research and Treatment.

He said that this is the first time that this particular scientific discovery has been made and reported, thus significantly advancing the potential of DTS as a major anti-cancer agent.

Lowe, who is known for his anti-cancer research using the Jamaican Ball Moss, appeared excited by the findings, given that he has developed nutraceuticals using local plants, including Guinea Hen Weed, and markets them under the Eden Gardens brand.

He said that Guinea Hen Weed, which is also called garlic weed (Petivera alliacea), is recognised locally and internationally as one of the most interesting and important medicinal plants in the world.

“Although its medicinal benefits have long been demonstrated to include anti-cancer activities, headache and general pain management, nausea and anti-diabetic properties, most studies have been focused on its potent anti-cancer properties,” Lowe said.

He pointed out that a significant number of studies on the plant’s anti-cancer properties have been done by scores of scientists in more than 25 countries, including Jamaica.

“One of the earliest studies done on the plant was by Dr PC Feng at the Pharmacology Department at UWI (University of the West Indies) in 1962,” Lowe said. “In recent times, Dr LA Williams has done additional work on its mechanism of action and certain anti-cancer properties.

“In the last 15 years, several scientific papers and patents have been published on the bioactivity of compounds isolated from Guinea Hen Weed. Among these, a scientific group from California has filed several patents, particularly on the anti-cancer activities of DTS isolated from the Guinea Hen Weed, thus restricting commercial development of some isolates from the plant.”

He said that although the result of the anti-cancer activities of DTS looks very promising, the next challenge is to develop a pharmaceutical drug with the required bioactivity.

“At this time, the Biotech R&D Institute has developed nutraceutical capsules and medicinal teas as the first major steps towards the production of a pharmaceutical product from Guinea Hen Weed, for the management of cancer,” he said, adding that his lab has also developed an “even more potent anti-cancer medicinal tea” using Guinea Hen Weed and Ball Moss.

Within the next three to six months, he said, he intends to introduce to the market a new anti-cancer nutraceutical made up of extracts of Guinea Hen Weed and Ball Moss.

He warned, though, that while it may seem okay to use medicinal herbs from the wild for therapeutic purposes, people need to understand that the plants must be harvested using Good Agricultural Practices and that the products need to be standardised and manufactured under Good Manufacturing Practices.

“Plants collected from the wild are most often exposed to rodents, reptiles and various insects, which can contaminate them by their faeces and urine etc, which could lead to a variety of diseases.,” Lowe said.

“Consequently, it is important that as much as possible, people should use scientifically standardised herbal products,” he said, adding that in cases where standardised products are not available, herbal medicines should, as far as possible, be processed and used with caution.