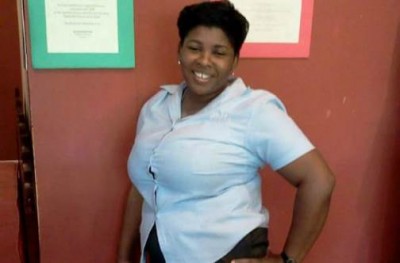 The mood in Steer Town, St Ann, was a sombre one Monday morning as residents whispered among themselves about the Sunday night tragedy that left a mother dead.

Gunmen reportedly broke into the home of 29-year-old cashier and customer service representative Marlett Briscoe, killing her, but sparing the lives of her two young children.

Briscoe, popularly known as Munchy, was reportedly at home in a section of Steer Town known as Gulf, with her two daughters who are said to be 10 and 13 years old when two armed men gained entry.

According to a family member, the men instructed the children to get out of sight before shooting Briscoe, an employee at the RIU Hotel, multiple times.

Unconfirmed reports are that she was pregnant with her third child.

Briscoe was described as a hard-working young woman who was very ambitious.

The St Ann police are investigating her murder.