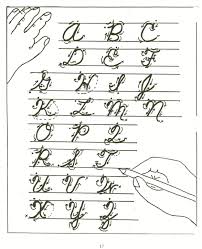 A handwriting expert testified in the Vybz Kartel murder trial in the High Court downtown Kingston yesterday that a letter which is about to be introduced into evidence by the defence was in fact written by the prosecution’s star witness.

Retired Senior Superintendent Carl Major, who was in charge of the Questioned Document section of the Government Forensic Laboratory, had been asked by defence attorney Tom Tavares-Finson to examine a photocopy of a statement given to the police by the prosecution’s star witness and compare the handwriting to a letter the defence claims was written by the witness and sent to the Office of the Public Defender.

In the early days of the trial, Tavares-Finson had suggested to the witness that he had written the letter claiming he was forced by the police to give evidence and that he had in fact seen Clive ‘Lizard’ Williams after the night of August 16, 2011 when police accuse the five men of beating him to death.

The witness had vehemently denied writing any such letter.

Tavares-Finson and lead prosecutor Jeremy Taylor locked horns when Tavares-Finson attempted to enter the letter into evidence but Taylor objected on the grounds that the attorney was using the wrong method to introduce the exhibit.

After a few heated exchanges, Justice Lennox Campbell calmed the waters and ruled that the letter could be entered but only for the signature, which was also featured 33 times on the photocopied statement.

The original handwritten statement was lost by the prosecution and both parties had agreed to use photocopies of the statement when the trial began.

Under questioning from Tavares-Finson, Major, who has been a handwriting expert for 25 years and is still asked to decipher handwriting by police and government prosecutors, said the letters were penned by the same person.

“All the sheets exhibit the same characteristics. In my opinion they were written by one and the same person,” he said under oath.

But the trial was not without its share of humour as Tavares-Finson asked Major whether he was employed by the Office of the Director of Public Prosecutions to decipher the handwriting on a suicide note in the case of police constable Lascene Edwards who was convicted of killing the mother of his six children, Aldonna Harris, at her home in Pembroke Hall, St Andrew.

Edwards allegedly left a suicide note at the scene, giving the impression that Harris had killed herself.

But Major’s evidence that Edwards had in fact written the note himself, resulted in his conviction.

“Am I correct to say in November 2013 you were a witness for the prosecution in a murder case?” Tavares-Finson asked.

“Was it Mr Taylor who prosecuted the case?” the attorney asked wryly.

At that point Taylor intervened.

“I believe the witness said it was a female senior deputy prosecutor,” Taylor said sternly.

“Precisely, was it Mr Taylor who prosecuted the case?” he asked again to bouts of laughter.

Taylor was unfazed and when it was his turn to cross-examine the witness he tightened the screws.

He almost infuriated Major who, at one point, ‘cut his eye’ at the prosecutor who asked him numerous questions and cut him off as he tried to explain.

“Are there any limitations of relying on photocopied documents?” Taylor asked.

“What are they?” Taylor continued.

“Because it’s a photocopy and not an original. Anything can be done to the original,” Major said.

“What is the practice at the Questioned Documents Section? Isn’t it normal practice to get original specimen?” Taylor went on.

“Did you do that in this case?” Taylor asked again.

“Why didn’t you?” Taylor continued.

“It seemed hard to get,” Major answered.

Defence attorney Miguel Lorne then objected to Taylor’s line of questioning, claiming it was disingenuous because the prosecution had already admitted to losing the original statement and that Major was being asked to verify if both documents were penned by the same individual and the documents were not being questioned.

The trial is expected to continue today.