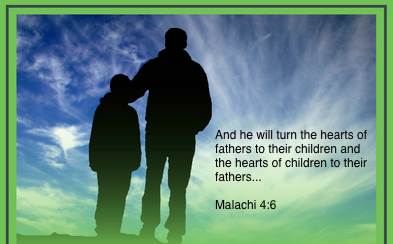 THE GENESIS OF FATHERS
Over 6,00 years ago,
God seated majestically on His throne,
Became thoughtful,
T’ was a feeling of inadequacy,
‘I must have an heir to who can enjoy his own domain,
(Of course with my privileges at his disposal,
His continuous praise will be my delight)’,
God thought of man becoming the
Focus of their attention from heaven,
Like the first child of a young couple,
‘What’s my glory without man’, he wondered,
Then a casual walk he took,
Throughout the universe he had created,
Then at planet earth he made up his mind,
To transform the shapeless and void dark earth,
Into a place of life and light,
Then at last God spoke,
‘Let there be light’,
His man will be a product of light,
God paused, and named at work done,
The first day.
First days followed
God’s preparation for man continued,
Each day speaking the WORD to create,
The earth, He made,
The sun for day, season and yearly count,
The seas, rivers, sky and earth he filled,
With creatures, fishes birds and beasts,
Every creation capable of reproducing itself,
All for the comfort of man and to dominate,
Then came the 6th and most glamorous day,
The reason for all the works and expedition,
The day for God to reproduce Himself onto the earth,
And God spokes, this time to His son and spirit as well,
‘Let us make man in our image,
To commune with us daily’,
For this venture in particular,
They employed the use of their hands
Thus on the 6th day man came into being,
The 1st father entered the world to rule,
He named everything that was made,
‘Noun’ thus becoming synonymous to man,
Indeed all was very good
And on the seventh He rested.
O the depth of the riches both the wisdom and knowledge of
How unsearchable are His judgments and His
Manifestations beyond discovery
We give all the glory to our Almighty Father in Heaven,
He has made man heroes and we are proud to be His.
FOR crowned man with glory and honor,
As we celebrate all fathers today,
We dedicate today,
To the father of all fathers, Jehovah is His name.
Today thus also becomes ‘Happy our Heavenly father’s day!!!
CONGRATUTLATIONS, ALL FATHERS CONGRATULATIONS, FATHERS SON AND HOLY GHOST
Evans D- Caesar

153 Users Online
Back to top