HAPPY FROM HAPILOS ENTERTAINMENT GETS LIFE 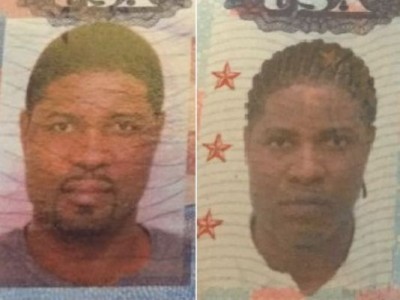 Kevin “Clement” Reynolds, the music mogul convicted of murdering a man in front the man’s daughter in Silver Spring, was sentenced in Montgomery County Tuesday.

Reynolds was sentenced to life in prison plus twenty years for killing Wesley King, according to the Montgomery County State’s Attorney’s Office.

The murder took place in November of 2002, when Reynolds went to King’s home and fatally shot him in front of King’s 11-year-old daughter.

“When a defendant kills a man in front of his 11 year old daughter he deserves to pay a very high price for his crime,” the Montgomery County State’s Attorney, John J. McCarthy said.

It took twelve years for Reynolds to be convicted. In the years that passed, Reynolds got a new passport and adopted a new name, Dennis Graham. While going by Dennis Graham, Reynolds became a New York-based music promoter.

“Twelve years and a music empire later, the long arm of the law caught up with Dennis Graham a.k.a. ‘Kevin “Clement” Reynolds’,” McCarthy said.

Reynolds was sentenced to life for his first degree murder and conspiracy to commit murder convictions. The additional 20 year sentence is for use of a handgun in the commission of a felony.

0 thoughts on “HAPPY FROM HAPILOS ENTERTAINMENT GETS LIFE”