HOW DID YOU SPEND YOUR VALENTINES DAY? 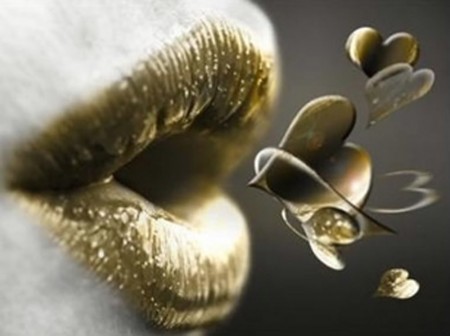 I took in a Jamaican Radio program that was giving away a prize of a trip to a spa for the couple voted with the best story of how they spent Valentines day. There were four contestants and many callers weighed in on the uniqueness of each case but the calls were filled with criticisms.

This taxi driver claimed he doesn’t spend more than $1000 on his woman but seeing as how it was V-Day, he went above and beyond. He said all the prices for gifts he saw were very expensive but he managed to run go town and got her some Ray raye stuff like slippers etc,plus gave her $1000.He was over the moon that he went above and beyond by spending $3000 and strongly believe voters should reward his efforts.

The next contestant was a lady who shocked the host by asking for his help to find a man. She explained that Roy knew she’s allergic to chocolate and after she slaved over a hot stove to prepare breakfast and lunch,no signs of Roy.You had to feel for her when she said there was a delivery guy at her door who disrupted the candlelight dinner she was busy preparing. Only to get a gift basket with a I’m sorry I won’t make it note from Roy.The basket was filled with assorted chocolates! ! She wants voters to help her find a man and send the two of them to the spa for their first date.

The third contestant was this guy Omar from Spanish town who had the bulk of voters questioning his credibility and you will too.He worked the night shift n came in vday morning and linked his girlfriend. They had made plans to go eat some fish by Port Royal and you felt instantly sorry for him when he dejectedly told his girlfriend the money not strong enough so no fish trip.

He claims he devised a plan to make it up to her so he bathed and headed into the town and get this Met….he bought groceries, body wash set,a clutch purse,perfume and slippers. He prepared the meal and got rose petals all over the new sheet set he bought. She gave him a mani-pedi.Can anyone on here say how much for a Clutch purse?how much for rose petals?Does anyone know the price of 2 escovitched or steam fishes at Port Royal.I need to know so I can budget how many months salary to save up to afford same.

Best for last was this guy who took his girlfriend to Devon house for ice cream. He got the most votes by a landslide but the strangest thing ever kept happening whenever the callers were voting for him.Apparently he got her one of those gigantic white teddy bear and your heart kept smiling when he beamed how his girlfriend loved it,named it Tommy and wouldn’t let it out her sight and arms.

These damn savages of Jamaica ruined the yute’s perfect dream day by insisting Tommy was the name of his girlfriend side man.One by one they explained it makes no sense for her not to make him name the teddy or she gives the teddy his name or they name it together. Met it was a hollow victory because u can hear the doubt/suspicion in how the yute’s voice Crack up when the host telling him that he won.Indeed we have a wicked set among the best of us Jamaicans and there’s your proof.

So how did you all spend your Valentines day?

3 thoughts on “HOW DID YOU SPEND YOUR VALENTINES DAY?”