HE internal conflict rocking the Opposition People’s National Party (PNP) intensified Wednesday when Region Six Chairman Ian Hayles, in an e-mail, lashed General Secretary Paul Burke for reporting him to the party’s hierarchy following an interview he did with a radio station on Tuesday.
Hayles, in the interview, blasted senior members of the party, arguing that they were “suffocating” young people within the party. He said, too, that party president, Portia Simpson Miller, who has been at the helm of the party for the past decade, must set a timetable for her departure following defeat at the national polls on February 25. Hayles also said he was in full support of term limits and that a renewal of the party is urgently needed.
Burke, in an e-mail sent to Simpson Miller and other members of the party’s executive, on Tuesday, questioned the appropriateness of Hayles’ interview. 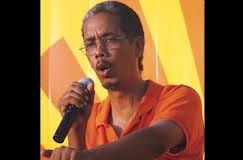 “Please listen to this interview. He has a right to his views and positions. However, I ask the question: Is the radio/public space an appropriate place for a member of the party’s executive to have this discussion? Has Comrade Hayles spoken to these issues in the party fora?” Burke asked in his e-mail, a copy of which was obtained by the Jamaica Observer.
But Hayles, in responding to Burke, said he, too, should be disciplined for “recklessly” disseminating “statements of personal opinion” in an e-mail to the media.
“…Interestingly, I recall similar questions being posed by members of the party in relation to statements of personal opinion made by you and recklessly disseminated by e-mail, which led to its presence in the public domain in the
Jamaica Observer on March 29 2016 — ‘Burke Scolds PNP’. This conduct could be said to be unbecoming of one who holds the office of general secretary,” Hayles said.
Hayles, Member of Parliament for Hanover Western, added: “General Secretary, I put it to you and to the officers of the party, if my well-reasoned comments to the media are to be questioned on the basis, that they were not discussed before several forums (the use of fora suggests more than one venue) within the party, then the general secretary’s comments should also be brought under scrutiny and more serious penalties be meted out to him, owing to the gravity and implications of his statements by virtue of not only what they suggest and the implications therein for the party, but also by virtue of the importance of the office which he holds.
“In the words of George Orwell, author of
Animal Farm, it is clear that ‘all animals are equal, but some animals are more equal than others’.”
Burke, when contacted by the
Observer, said while he was not surprised that the e-mail had reached the media, he would not comment or discuss the issue publicly.
Hayles, at the same time, said he wasn’t sure how the e-mail reached the media and that he, too, had no comment.