IS THAT WHO THEY REALLY ARE- GOOD MORNING 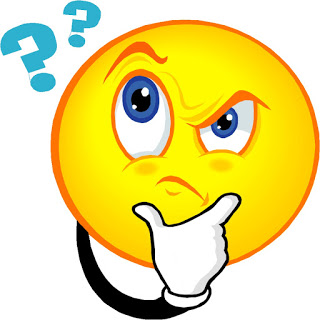 Is that who they really are?
“YOUR” Problems are clear indicators in determining how you think and process what your five senses gather or observe.
This fact is worthy to note and severely important to consider because what your senses observe and your way of processing it or your way of thinking can erroneously conclude something as a problem when it could very well be an opportunity.
At the end of the day, the error did not initiate in our senses, because they are doing the job God intended them to do, such as eyes for sight, ears for hearing, nose for smelling etc.
Instead the source of our conclusions will always be, how we were trained to think. You see my friend, whatever you do consistently, you are in fact training yourself to think that way. Therefore, that (rehearsed) way of thinking becomes right to you!
What is even more interesting, the human being is wired in such a way that whatever they have labeled as correct or incorrect to themselves, they automatically justify and defend it, in spite of how it may appear to the majority.
Where am I headed with this you may ask? Well, ask yourself the question, What have I been labeling and agreeing to, as right all these years, when the reality of the matter is and always was and will be, that it was wrong???? Who or what was the source of your influence that erroneously enabled you to label what was clearly wrong as right?
Well more than likely it was someone or something that you honored and respect or spent a considerable amount of time with, that according to the biblical laws concerning human behavior, has automatically influence your beliefs and behavior by altering the way you think. Which will always manifest its conclusions in your actions
One of the Biblical laws in support of this crucial point states the following, “He that walketh with wise men shall be wise” Proverbs 13:20. Suggesting that we don’t have to sit and take note or record everything they are doing. Instead according to this principle we automatically glean from them which conditions the way we think. Simply put if they’re wise we’ll become wise and if they’re foolish we’ll become foolish.
The second biblical law states, “For as he thinketh in his heart, so is he” Proverbs 23:7. I find this to be yet so simple in words but very powerful and realistic as it relates to everyday living. I am led to believe that a person’s consistent actions is not an act, it’s not an attempt to annoy you, it’s not an attempt to impress you, their not under a spell. Instead it is clear evidence of how they think and what they really believe and subscribe to.
God wants me to tell someone this wonderful day, that you must make great effort and discontinue in allowing the consistent behavior of others to upset and disappoint or annoy you. For these folks are knowing or unknowingly displaying who they really are and the way that they have programmed themselves to think. So the reality is, they see nothing wrong with what they are doing, because to themselves what they are doing is right!
The truth is, be it your Dad, Mom, Husband, Wife,children, Pastor, Boss, Supervisor that is constantly hurting you, disappointing you belittling you etc. for the most part they see nothing wrong with what they are doing. Due to the fact that they have done it for so long, that it has now, not only become their pattern of thinking, but in their minds it’s the correct way.
God said to tell you, let this be the year where you change your strategy by shifting your prayer from against that person and instead begin praying against the spirits and things that has influence that person/s to think and behave the way that they do. If you continue to tolerate, play the victim role or condone such behavior it will only be a matter of time before you become the very thing you hate, that’s being done to you.
It is said that insanity is doing the same thing, the same way all the time and expecting a different result……….. Well you have just been given the antidote to insanity my friend!
Written by: Minister Kevin L A Ewing
[email protected]
kevinlaewing.blogspot.com

0 thoughts on “IS THAT WHO THEY REALLY ARE- GOOD MORNING”