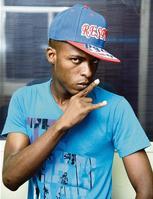 Freaky dancehall singjay J Amsterdam says local DJs are refusing to play his music because they are afraid of the stigma.

According to the Wine Inna Mi Face singer, Jamaica’s music industry is not prepared for his level of ‘freakishness’.

The singjay also said while he does not blame DJs for not playing his song in an attempt to protect their reputation, its blatant hypocrisy.

“If DJs played it, they would get ‘fire bun’ and honestly, I don’t think they would want to risk their career,” J Amsterdam said.

He also told THE STAR that he misjudged the level of backlash he would get for releasing the controversial single, and even made an attempt to retract his admission to having performed oral sex.

“I can’t go anywhere right now, and I have been getting death threats. I have stayed in my house for three days without going outside. I have not done the things I said in the song, I was just trying to fulfil my dreams of having a lucrative career. When I did the song I thought the freaks would have supported me, but they have not,” he said.