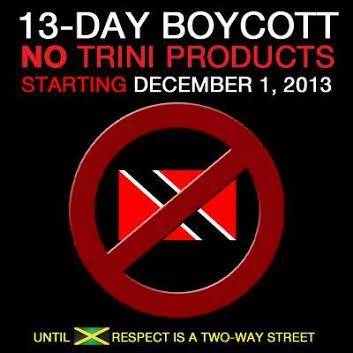 KINGSTON, Jamaica — A report in Trinidad’s Newsday Tuesday morning claims that close to 17,000 Jamaicans are staying illegally in the oil-rich Caribbean nation as their entry certificates have expired.

According to Newsday, documents sent to the newspaper from the Office of the Chief Immigration Officer Keith Sampson revealed that for this year, as of November 21, 16,958 Jamaicans are staying illegally in the country.

The newspaper reported that National Security Minister Gary Griffith, Monday night, said that “if these undocumented and unregistered Jamaicans are working to maintain themselves, this means they are depriving the state of an estimated $700 million in taxes annually”.

Information from the Security Ministry reveals that 81 Jamaicans remain in detention at the Immigration Detention Centre (IDC) in Aripo while, to date, 66 Jamaicans have been repatriated, the newspaper said, adding that arguments that Jamaicans were being denied entry into Trinidad are “patently false given the high numbers admitted over the past four years and the refusal rate being under five per cent annually”.

“To date 96 per cent of Jamaicans have been allowed free entry into this country and if they want a 100 per cent entry rate, it means there will be no need for scrutiny by immigration officers,” the newspaper reports the Security Minister as saying.

Thirteen Jamaicans were recently refused entry into Trinidad sparking waves of negative comments against the CARICOM member state and its adherence to regional agreements regarding the free movement of people.

0 thoughts on “JAMAICA NEEDS TO BAN TRINIDAD PRODUCTS THEN”