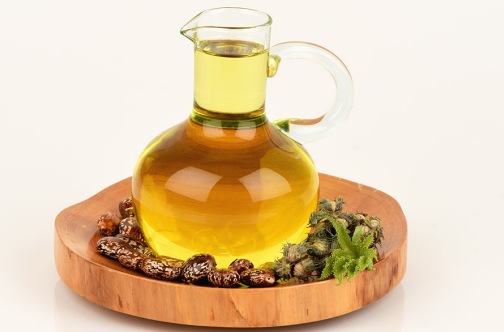 Armed with data showing that just about half of the global demand for castor oil and its related products are being met, Jamaican stakeholders are laying the foundation to benefit from the industry that is expected to grow to over US$2 billion in another seven years.

According to Jamaica Castor Industry Association (JCIA) Interim President Joel Harris, while the association has only been formally registered since January 2017 it has been working since last year to sensitise stakeholders in the castor industry and recruit members.

“Last year we were hosting, with the help of Jampro as a facilitator, monthly castor meetings, where we had over a 100 persons who actually came to meetings at Jampro. Everything was booked out,” Harris told the

The project’s goal is to provide a consistent supply of castor oil to markets locally and internationally. During phase one of the project, 1,000 acres of beans will be farmed and harvested over two 30-month cycles. In phase two, the harvested beans will be processed to produce castor oil.

Harris said the association is currently operating from Jampro’s office on Trafalgar Road in Kingston and so far has over 50 applicants to be registered as farmers and producers.

The report also noted that the estimates for Jamaican Black Castor Oil and its related products average annual retail sales of approximately US$75 million to US$100 million worldwide.

Harris said the first step in the membership process involves the interested person or people directly contacting the association, which can be done through Jampro’s office, where the necessary information about the JCIA’s membership and benefit package will be relayed.

He noted that once the application form has been completed, in the case of farmers, they will need to produce the necessary material and documents to show where the farm is registered, and if they are registered with the Rural Agricultural Development Authority (RADA) or the Jamaica Agricultural Society. Harris explained that if the interested applicant does not have a farm, land or lease documents proving legal verification to use a piece of land will be accepted.

“We also encourage ‘gatherers’, or persons who have access to community lands to come as well… once you are legally allowed to gather things from them and once we have been shown that you have been given permission to farm those lands and areas, then we ask that you come to us, register with us as a group or individually,” Harris advised.

He indicated that it is a similar process for producers, in that they are required to show that they are registered with the Companies Office of Jamaica and prove that they are legally operating the business. He said the submission of legal documents for verification is the same for interested applicants who own or operate factories or any other type of business.

“Once you are registered and assessed, the process takes two to four weeks and you then pay an annual fee of $10,000. So the overall benefits that each member will get is access to information, as persons are lacking information as to how to grow their business. We’ll also help to provide the connection to banks and additional loan agencies,” Harris outlined.

Other benefits include access to training and workshops, which Harris explained would be staged through input from Jampro and RADA to help drive the education process, both as it relates to recruitment as well as production efforts.

However, Harris, who is also co-founder and owner of Shavout Farms — one of the island’s leading producers of castor oil — said that there are a few challenges that the organisation is trying to overcome.

“One of the main problems that we faced was that the castor farmers, or potential producers, lacked the information. they didn’t know how to grow the seeds, didn’t know which seed to grow, what are the ideal conditions, yields, markets or price and there was the fear of praedial larceny,” Harris said.

Another challenge was that the castor oil producers were generally micro-processors or cottage industry players, who although small, still wanted to tap into the global market, but were unsure of how to proceed.

Harris also said that there needed to be an improvement in the communication process between producers and farmers, the relevant government agencies and marketing companies as it relates to the successful pitching of Jamaican castor oil on the overseas market.

“The challenge for us now is just organisation, getting everyone on the same level, disseminating as much information to the major players and becoming the authoritative voice on all things castor, thereby dispelling myths and rumours seeking to destroy the castor industry; protect its origins, history and culture and guide the progression of the castor industry itself,” Harris told the

Regarding the association’s plans to move forward, Harris stated that one of the main goals is to apply for what is called a geographical indicator, which is a sign used on products that have a specific origin and possess qualities or a reputation that are due to that origin.

“The essence of the castor industry association is to protect the birthright of what is owned by us… so moving forward we hope to have more interest in membership and that our work programmes and projects will be a success,” Harris stated.

“We hope that persons will be more educated, organised and will be strategic in the way they plant, grow, harvest and store and also gain an entry into recognition as to what is authentic Jamaican Black Castor Oil,” he added.

Castor oil is said to have a number health, hair and skin benefits.

Acts as a laxative

4 thoughts on “JAMAICAN CASTOR OIL INDUSTRY SET TO TAKE OFF”