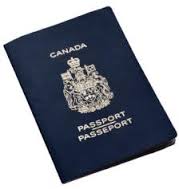 TORONTO, Canada (CMC) – A Jamaican is among four persons who have been charged with buying fraudulent passports in Canada.
He has been identified as 48-year-old Luke Tyler, also known as Wayne Miller.
According to the police, Tyler bought the passport from 50-year-old Aline Rozeline Zeitoune who worked in the passport section of Citizenship and Immigration Canada (CIC).
Zeitoune, who is booked to appear in court in September 11, has been charged with breach of trust and 96 other counts including selling identity documents, passport forgery and making false statements.
Tyler, who no longer lives in Canada, was one of 22 people who were able to obtain Canadian passports as a result of her actions.
The Royal Canadian Mounted Police investigators say they are now hunting for 18 other people who allegedly obtained the bogus Canadian passports from Zeitoune.