JAMAICAN PEDOPHILE IN THE UK GETS 16 YEARS

A Birmingham rapist, who told two girls that his sick assaults were “their secret” so he could continue to sexually abuse them, has been jailed for 16 years.

Paedophile Dwayne Kesto, of Parkfield Avenue, Harborne, assaulted the girls over a number of years.

The 40-year-old’s reign of terror continued until one of them confided in a teacher.

As soon as he had been exposed, Kesto went on the run for three years, but he was eventually snared by police in March.

Kesto was convicted of the non-recent offences at Wolverhampton Crown Court after an eight-day trial and was sentenced at Birmingham Crown Court to the lengthy prison term.

READ MORE
Drug-dealer tried flying from airport with heroin in baggage
Det Sgt Jayne Killoch, of West Midlands Police Public Protection Unit, said: “Kesto told the girls it was their secret, so that he could continue his predatory behaviour.

“Kesto evaded arrest for three years, but we caught up with him in March and he was remanded into custody while a meticulous investigation was carried out.” 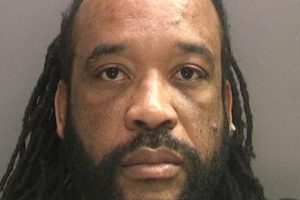 He will be deported to Jamaica upon his release from prison.

Det Sgt Killoch added: “Both girls gave evidence in court, acting with dignity and courage throughout the trial and I commend their bravery.

“I hope that seeing their abuser brought to justice goes some way to help them overcome the nightmare they must surely have suffered.

“I hope that their story helps other young girls find the courage to report abuse, even if it happened many years ago.

“We have specially trained officers who can help survivors of sexual assault through every step of the process, from initial reporting to the court procedure.

“We work with a raft of other agencies who also provide support and comfort.”

6 thoughts on “JAMAICAN PEDOPHILE IN THE UK GETS 16 YEARS”