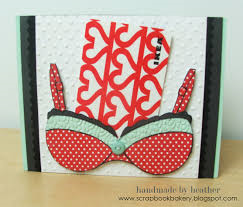 MIAMI (CMC) — A Jamaican standing trial in Miami on sex-trafficking charges of pimping women around the world has denied the allegations.
Damion St Patrick Baston, 37, who is also accused of beating a string of women from South Florida to the Middle East to Australia, denied the allegations Tuesday when he took the witness stand in his own defence.
Baston said he went to school in New York City, studied fashion, earned a black belt in karate, lifted weights like his hero, Arnold Schwarzenegger, worked as a nightclub dancer and eventually got into the music business as a talent agent.
But he testified in Miami federal court on Tuesday that he never forced any of his many girlfriends into his escort service, “Bachelors Club,” never abused them as prostitutes and never took their money.
“I was always nice and kind,” he told his defence attorney, David Rowe, as the 12-member federal jury listened.
Asked if the young women who fell under his spell suffered from Stockholm Syndrome, the phenomenon that they felt attached to him despite his alleged abuse, Baston replied “they all left.
Baston is charged with using “psychological coercion and physical abuse” against at least seven women he pimped around the globe.
He was arrested at his mother’s New York home in December, and faces cross-examination by federal prosecutors Roy Altman and Olivia Choe on Wednesday.
He could be jailed for the rest of his life if the Miami jury convicts him.
Baston’s testimony contrasted starkly with that of the six women who took the witness stand last week.
The women — two Australians, a New Zealander and three Americans — claimed he exploited them as strippers on Australia’s Gold Coast, in Dubai and in Florida, and then manipulated them into working for his escort business