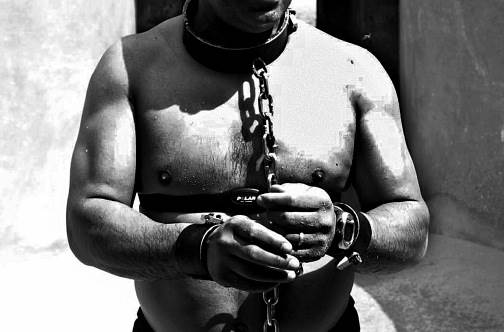 THE National Commission on Reparations (NCR) says Jamaica would be due at least £2.3 trillion (approximately J$416.3 trillion) from any slavery reparations paid by Britain to the region.
This money would be able to pay off Jamaica’s national debt of $2 trillion and set the nation on a new economic path.
The figure was based on the NCR’s calculation of Jamaica’s 30.64 per cent of the £7.5 trillion calculated by British academic theologian, Dr Robert Beckford, as being owed by Britain to its former colonies.
The information was included in the NCR’s report which was finally completed and tabled in the House of Representatives last Tuesday.
Beckford, who was born to Jamaican parents in Northampton, England, and was raised in the Pentecostal Church, has focused on the role Britain played in the slave trade in his latest documentary — The Empire Pays Back — on Channel Four Television, which calculates how much money African- Caribbean nations would be owed if they were compensated for slavery, which he described as “one of the major scars on British history”.
But, according to the Professor Verene Shepherdchaired Jamaican commission, even Professor Beckford’s figure is incomplete, as it does not include provisions for the differentiated labour classifications under slavery — field, artisan, domestic, and supervisory.
The NCR report also claimed that Beckford failed to take into account the pre-arrival suffering and trauma of capture in Africa, the march to the coast, and storage in dungeons.
“It also does not include the trauma and pain of the ‘Middle Passage’ journey, punishment, death through execution and the sexploitation which were daily features of the plantation society, both during and after slavery. And it excludes the cost of repatriation,” Shepherd’s team reported.
“There is no doubt that the enslaved suffered… the punishment meted out to the enslaved people was severe, and this level of suffering must be accounted for in any demand for repair and restorative justice,” the report added.
Beckford has insisted, however, that his documentary revealed how Britain got rich out of slavery, as well as the individuals and institutions who still benefit.
“… We provided the first empirical calculation of how much African-Caribbean [nations] are due. It’s a conservative figure, but it will still bankrupt the (British) nation,” he said.
The calculation was divided into the three sections:
(1) Unpaid Labour: Beckford’s team estimated that for unpaid labour Britain owes £4 trillion;
(2) Benefit to the economy or unjust enrichment: His team said Britain earned £5,000,000 per year from sugar during the peak of the industry, thus over a century alone Britain made £500,000,000. Calculated at today’s rate, that amount equalled to £2.5 trillion;
(3) Calculation of human cost/pain and suffering: Using the estimate £12,500 average compensation granted to a British citizen for bondage in prison and/or wrongful imprisonment, multiplied by the average 20 years of labour for an enslaved African, the total cost for an individual African would be £250,000. When this is multiplied by the estimated number of Africans who survived the Middle Passage, plus those who were born into slavery, the total cost for pain and suffering is estimated at £1 trillion.
The total monetary reparation owned by Britain, according to Beckford’s calculations, would be an estimated £7.5 trillion. Jamaica’s share, using Beckford’s estimate, would equal to 30.6 per cent of that £7.5 trillion, or £2,298 trillion.
“The fundamental question facing the Government of Jamaica (GOJ) as it joins its Caricom neighbours in seeking redress from European countries is: What constitutes a meritorious claim? It is hoped that this report will assist the GOJ in its deliberations and in the debate in Parliament over the issue of reparation, which is an imperative,” the commissioners stated.
The NCR report is expected to be one of the main subjects of the debate on the reparations issue when it resumes in the House of Representatives.
ADVERTISEMENT