Hi how are you?
I am doing great

I have seen a lot of new move from you lately, music, reality show clip, etc . What is your focus for this year?

My focus this year is..
Taking my career to a higher level
I just did a remix of my single “Party Tun Up”
With Sean Paul and Fatman Scoop
We are getting some great feed back on the video and song.
I want to become a successful business man, not just going on stage and putting out music.
I want to be involved in production (TV and signing artists to my label MV Music)

What really inspires your music?

I am inspired by things around me, what people say, what is the topic of the day.
I write music from concepts and ideas.
If there is a hot dance move or slang, I try to make the best composition I can about it.

What motivates your work ethic and what would you want your children to remember most about you?

I am motivated to prove to some people that I am legit.
I am motived by my kids .I want them to remember me as a father who went all out, so they could have the best life.

What are you working on right now?

I am getting ready to release my reggae album “Euphoria” which means good vibe.
I have just released a dancehall and a reggae Riddim, feat. Cecile, Ginjah, Nature, Vegas, Assassin, Wickerman lex and others.

How has the response been to your new music?
I am now getting a lot of play in Jamaica
The response on “love yourself, road and squat” is really good.

Do you think the Jamaican music industry right now , suffers from a lack of inspiration or is it that they haven’t tried. In other words do you feel they have given up on inspired music and are now focused on getting attention?

I am inspired by things around me, what people say, what is the topic of the day.
I write from concepts.
If there is a hot dance move or slang, I try to make the best composition about it.
The music lacks good production. Artistes think they are too important, to go sit in the studio with great producers (Danny Browne, Cleve, Tony Kelly….)
Everyone has a laptop and lock them selves in their own space and make music to yes men. 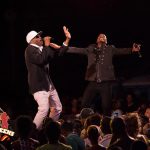 In my opinion , you are one of the entertainers in Jamaica with the thickest skin, people really do come at you hard on social media, sometimes I see where you respond but do you really take their words to heart, how do you feel about people saying the things they say , even though they do not know you?

I also contribute to “people coming at me”
Most celebrities do not respond as much to people as I do.
I have to also deal with it the best way I can, because I am the one who opens the door so that they are able to see some of my private life.
Some things disturb me, but I have now realized that some people are online for that purpose and that purpose only.

I have also seen your posts about your daughter, how is that going?

I still haven’t seen my daughter from her mom took her, but I know she is growing and we will soon reunite.
It’s just sad that I am missing out on these precious years.
Some things does not make sense and this is one of them

There are people who feel like you handled the situation with your ex wrong and that there was a more ”manly” way in which it could have been dealt with, what do you say to them?

Everyone deals with their problems differently.
Don’t we wish the man that killed Captain Barkey had gone on his face book or on TV and bawl like a bi**h instead of killing Barkey and the woman.
Thank God I didn’t go that route, because that was the easy way out and that was what people who don’t like me, would love to see, then they would say “the bwoy a idiot, how him fi kill people and deh a prison”
People think to this day that I was crying for that woman, that was not even the case!
I get about 5 bakery a bun by now and nuh body nuh know.
I know what my child was exposed to in her own home and knowing that she will no longer have her own space that her father create.
I would do it all over again! No regrets!
People will get a better understanding when my book comes out.

Have you found love again?
I will keep you posted on any new love.
Still trying to know what love is.

Some men like pretty faces and other like a good waist, if you had to choose what would you choose, a woman with looks or a woman with shape?

I love a woman with good shape.

We have seen where you have come under attack for speaking your mind on various artistes, is it that Jamaicans cannot handle the truth or do you feel that you are too vocal in regards to your feelings?

I have a high level of respect for the music, so some things really annoys me.
Sometimes I may have said a little too much and some things got taken out on context,
I am now focusing on my music.

Selectors are complaining about the lack of good material in the music business, what do you think has happened to the music?

Good music is there
Selectors need to stop look to one set of artists.
Some selectors don’t have the ears for a hit song.
Most of the popular songs break after 1 or 2 years in Jamaica, or after it breaks in a different market.

The Jamaican artistes on your playlist are?

The Jamaican artists on my playlist are
Barrington Levy, Alton Ellis, Glacia Robinson

Do you feel that the Jamaican media is fair in the way the promote each artiste?

Artistes need to create their own platform to promote themselves.
The Internet is for everybody, find creative ways to promote yourself and don’t wait on the media.

You have done many gospel songs, what has kept you from making a gospel album or going gospel full time?

I have made some Inspirational songs
I don’t want to be labeled as a gospel artiste.
My music is for everyone, if u like to have a great time on the dance floor u can play “Bruk it down”
If you want some Reggae
You can play ” Sweet Jamaica”
If you want some inspiration
You can play “I am blessed”
Why I don’t turn a full time Gospel artist?
I have my kids to feed and I don’t think the Christians realize that gospel artists have bills to pay and responsibilities.
They need to support the artists mentally, spiritually and financially. I have a full inspirational album that will be released when I think the time is right.

There was a small feud with you and Matterhorn, what was that about, and what triggered it?

There is no feud with Matterhorn, I was just clowning him.
Last year Killer and I had a vibe and he took it up and did a song dissing me and killer.
I knew he was a great actor, but when he put on that wig and curl up inna him bed, him took home the Oscar.

Matterhorn dresses up in wigs and invite people to his room.
When he is on tour, he hang out with people in wigs, I don’t know the genders, but they were always quarreling that he don’t pay.
My days of sleeping with groupies are long gone!

What message would you give to a woman who is a career groupie?

I would tell a career groupie to open a groupie hotline and make some money.

What advice would you give to artistes who believe they need to be protected by an entourage of men from their communities?

If you are going to have a million man march, make sure everyone has some form of responsibility.
If everyone is just hopping on for the ride, then you are going to have problems.
Give them things positive things to do.
Anyone that you see around me is at work!
I don’t encourage idlers and if I feel like someone out to get me, I will pay some security to guard me, it will cost less at the end of the day

Do you feel that the JCF conspire against artistes in the industry?

You have good and bad in everything
Good police and bad police.
If you are a law abiding citizen, it will be less likely for anyone to conspire against you.

This Easter Season, the focus for JMG, is on covenants with God, what is your opinion of a covenant and have you made one with God you kept?

My covenant with God is to serve him and believe in him and him only.
I have kept that

What is your opinion of justice carried out by God?

I strongly believe that the wicked will be punished!
It’s just a matter of time before justice is served.

What do you wish you could change about yourself and why?
I wish I could dance and I wish I did not have pericarditis.Some days I am in pain, but I just carry on with a smile.

What do you think about JMG as a platform?

JMG is the social medium that gives you the latest in the happenings. I have watched it grow into a major site.
You have to be firm in yourself, before you read the comments.