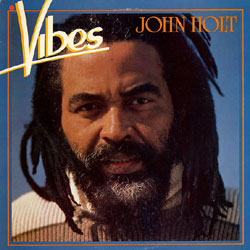 The body of veteran singer John Holt, accompanied by close relatives, arrived at Norman Manley International in Kingston from England Wednesday evening.
Holt, 69, died in England on October 20.
Tex Gallimore, nephew and road manager of Holt, said his uncle wanted to come back Jamaica. “But he never made it in time,” he said.
According to Gallimore, the singer’s last moments were pleasant.
“He was happy. He was making everybody feel happy… saying ‘he was alright’, even though he was in the hospital. He said he wasn’t in pain,” Gallimore.
Born in Greenwich Town, Kingston in 1945, Holt has left a massive catalogue of hit songs such as Stick By Me, Stealing , Ali Baba, The Tide Is High and If I Were A Carpenter.
Some of those songs were done when Holt was lead singer of The Paragons, one of the rocksteady era’s great acts.
Holt is survived by his wife Merl, three sisters, three brothers and 23 children.
He will be interred at the Dovecot Memorial Park.