There were the stories yesterday of how veteran entertainer Ninja Man became a positive role model and an activist for peace since his two convictions, decades ago, for gun and drug possession, but in the end, his past came back to haunt him.

The entertainer, whose given name is Desmond John Ballentyne, has two convictions, one in 1996 for possession of cocaine and another in 1999 for illegal possession of firearm, and for High Court judge, Justice Martin Gayle, his latest transgression, which also involved the use of a gun, is a clear indication that the deejay learnt nothing from his previous brushes with the law. 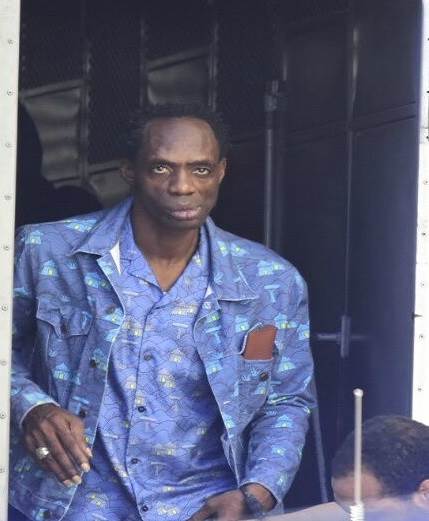 “You were given a chance in 1999 and one would have thought that you learnt your lesson. Now you are back before the court for the use of a gun,” Gayle said before imposing a life sentence on the popular entertainer. Ninja Man will have to serve 25 years before facing the possibility of parole.

“You are a public figure and you are expected to set an example. Prominence and economic success does not place anyone above the law,” Gayle scolded the entertainer.

“Ninja was convicted on his past. The One Gorgon, gun pan teeth … . From 1999 to 2017, you can’t rehabilitate yourself?” Neita-Robertson questioned.

“A lot of us have pasts. Move beyond the past, that’s what life is all about,” she said, as she urged the media to focus on the positive initiatives her client has undertaken since his two previous convictions.

Neita-Robertson revealed, too, that the popular entertainer viewed his conviction in a different light.

“He said to me, ‘Miss Neita, God know why him sending me down a Tower Street [Adult Correctional Centre] … . Me a continue me work wid di man dem down deh weh a fire gun,’ and I was very comforted by that,” Neita-Robertson told journalists outside the Home Circuit Court in downtown Kingston after the sentencing.

Ninja Man was found guilty last month, along with his son, Janeil, and, another man, Dennis Clayton, of murder and shooting with intent in the 2009 slaying of Ricardo Johnson, popularly known as ‘Ricky Trooper’, in the St Andrew community of Lower Mall Road.

Neita-Robertson said she intends to appeal the conviction.

… Attorney: Don’t lump Ninja Man with hoodlums toting guns
Yesterday, 51-year-old entertainer Desmond Ballen-tyne, otherwise known as Ninja Man, was sentenced to 20 years in prison for shooting with intent and life in prison with the possibility of parole after 25 years for the murder conviction.

“Thumbs up, judge,” he told Justice Martin Gayle after the sentence was announced.

Ninja Man’s son, Janeil Ballentyne, and another co-accused, Dennis Clayton, were each sentenced to life in prison and will be eligible for parole after 15 years.

The sentences were handed down after Gayle listened to defence attorney Valerie Neita-Robertson and members of the entertainment fraternity plead for mercy on behalf of one of the more popular figures in Jamaica’s dancehall culture.

“I ask you not to lump Mr Ballentyne with the hoodlums toting illegal guns and inflicting their own brand of justice on the society,” the attorney pleaded.

Constance Han, a magazine editor based in New York and California, in the United States, said Ninja Man was very passionate about Jamaica, particularly young people in inner-city communities.

“The community is better off with him than without him,” Han said, while giving character evidence.