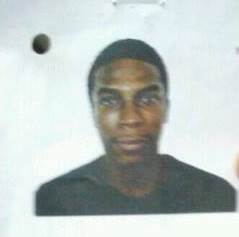 His skin is dark – unbleached. He speaks with a kind of lisp. Kahira Jones wears a red long sleeved shirt with a dark coloured neck tie. He stands, like Kartel and Shawn Storm who spoke before him to give an unsworn statement from the dock.

These are my verbatim notes of Kahira Jones’ unsworn statement.

My name is Kahira Jones. I am 27 years of age. I am a Disc Jockey. I live at 35 Tangerie Road, Stafford, St Catherine where I know Adidja Palmer for years because him help grow mi. I never kill anyone. NEVER. I am not a murderer.

My Lord, Lamar Chow and di police dem plan up fi tell lie pon mi. Dem seh dem a send all of us a prison.

Thanks you My Lord and Madame Foreman

His Attorney, Pierre Rogers stands and indicates to the court ‘that simply is the case for Kahira Jones.

Next up, Attorney-at-law for Shane Williams, Everton Dewar indicates to the court and the jury in particular that ‘Shane Williams will speak to you. If you recall the evidence of the photograph that the witness has pointed to – in the photo he referred to someone known to him as Terrence. Please listen and give him a listening ear’

Shane Williams wears a white shirt with checkered or plait fabric forming two pockets on the chest area. He speaks

My name is Shane Williams. I live at 669 Braeton Place, Portmore.

I am not in any conspiracy to any murder nor do I know of any murder at all. I do not know Lamar Chow. I have never seen him before neither have I spoken to Lamar Chow before. My name is not Terrence.

I don’t even know why I here.

My Lord, Madam Foreman and Members of the Jury – thank you.