KIDS GIVEN $8 BY MOM’S KILLER 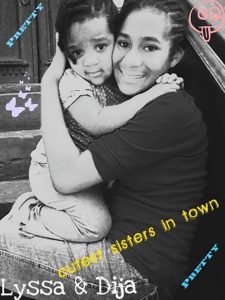 Two Brooklyn girls — given $8 by their mom’s former boyfriend to get food at a nearby chicken joint — returned to find their mother dead in a pool of blood, police sources said.

The two daughters, 5 and 15, left their Brownsville apartment around 8:45 p.m. Wednesday and headed to Crown Fried Chicken around the corner, police sources said.

When the girls got back 15 minutes later, they found a scene of unspeakable horror. Their mother, Sellis Gonzales, 46, was lying motionless on the floor. She was shot six times — three bullets to the head and three to the midsection, police sources said.

The girls were sent for chicken by their mom’s ex-boyfriend.
Mark Bonifacio/New York Daily News/Google Maps

The girls were sent for chicken by their mom’s ex-boyfriend.

Khadija, the older sister, called her grandmother in North Carolina to break the news.

“My mother is on the floor covered in blood,” she told her grandmother, her voice shaking in hysterics.

Ursula Gonzales, who recounted the conversation to the Daily News, said cops told Khadija and her little sister, Alyssa, to leave the apartment.

“The police are making me go upstairs to stay with a neighbor,” the teen said.

Cops late Thursday identified the ex-boyfriend as Eric McCormick, 40, and said they were searching for the suspect.

The victim’s mother arrived in New York on Thursday to comfort the devastated girls she fears will never get the images of their slain mom out of their heads. Meanwhile, she’s dealing with her own grief.

“She was my only daughter, my only girl child,” Gonzales said.

She and the girls hugged outside the Brownsville apartment building Thursday on Chauncey St. as detectives canvassed nearby businesses for surveillance footage. Alyssa clutched her grandmother’s legs. Minutes later, her sister was sitting in the front seat of a waiting SUV. She wept into her hands.

Yellow police tape blocked off their apartment and a bloody sheet was visible in the stairwell. Rusty red smears made an ominous trail down to the sidewalk.

Minutes before the violence exploded, the ex-boyfriend stayed behind with Gonzales in her apartment after sending the girls to get takeout, police sources said.

The Gonzales family said McCormick is a cross-country truck driver who had abused his girlfriend in the past.

“We know it was him,” snapped Ursula Gonzales. “This was not the first time he hurt her. He’s a control freak. He’s controlling and abusive.”

The devastated family, originally from Trinidad, said McCormick physically assaulted Sellis Gonzales when she was pregnant with Alyssa, and that they briefly broke up. Cops responded to a domestic violence call for the couple at the Chauncey St. address in 2008, police sources said.

“After the baby was born, they started back up … My mother and I didn’t want him with her,” said the victim’s brother, Kirt Gonzales, 46.

His sister took out an order of protection against the 5-foot-8, 225-pound McCormick, but it expired.

McCormick has been arrested in New York 10 times, including collars for robbery in 1988, assault, grand larceny and reckless endangerment in 1989 and marijuana possession in 2001, police sources said.

The family said they were still in the dark about what might have sparked the deadly outburst Wednesday night.

“All we know is that when Sellis came home with the girls, [McCormick] was waiting outside the apartment. They all went in together, and then he sent the girls out to get food. They came home, and she was dead,” the victim’s brother said.

Khadija called her grandmother in North Carolina to tell her about their horrifying discovery.

He said his sister, who also had a son, Karel, 24, was a hardworking home health aide who pulled in a lot of overtime to support her family.

“She was going to school to learn more. She loved her children and her church and made sure her girls went to services every Sunday,” he said.

Kirt Gonzales said he and his mother tried to be cordial to McCormick for the sake of his daughter Alyssa — but they knew he was bad news.

The family believes McCormick hit his girlfriend other times but that she wouldn’t tell them because she knew how much they disliked him.

“Once, I came back from a trip and I saw the side of her face all swollen. She wouldn’t say what happened. I believe he hit her,” the grieving brother said.

“He was just nothing. I couldn’t understand why she would put herself with him,” he said.

Police asked anyone with information on the shooting to call Crime Stoppers at (800) 577-TIPS.