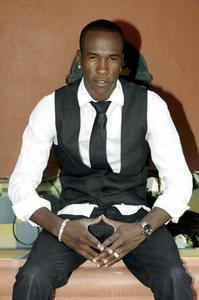 Local sources have reported that because of a ‘spliff’ tail, Dancehall entertainer Laden has landed in hot water with the United States.

Reports are that Laden was deported back to Jamaica recently after a spliff tail was discovered in his pants pocket by immigration officials while he was being processed in the LAX in Los Angeles, California.

It is said that Laden who refused to be recorded, tells our local sources that it was an honest mistake and he is upset with himself.

Laden is not the first entertainer to be caught with marijuana in an airport as just last year, fellow entertainer Tommy Lee was caught at Grenada’s international airport by police.

So, was he really deported just for a spliff tail???…. Keep it ZIPlocked as we bring you more on this story.