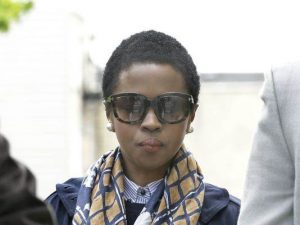 She celebrates with the release of a new single, ‘Consumerism.’

On the eve of her release from prison, Lauryn Hill comes full circle with the release of a new song, Consumerism. Hill, who served a three-month sentence for tax evasion, marked the beginning of her with the single Neurotic Society (Compulsory Mix).

In May, Hill was convicted of failing to pay taxes on $2.3 million over the last five years. In an effort to avoid jail time, she paid $900,000 in back taxes, but to no avail. Although she sidestepped the 30-36 month sentence that usually gets dished out with the kind of crime she committed, that reprieve wasn’t enough to curb her bitterness, or so it seems. She touches on “corporate greed” and “commercialism” in the song.

“Consumerism is part of some material I was trying to finish before I had to come in. We did our best to eek out a mix via verbal and emailed direction, thanks to the crew of surrogate ears on the other side,” Hill says in a press release. “Letters From Exile is material written from a certain space, in a certain place. I felt the need to discuss the underlying socio-political, cultural paradigm as I saw it. I haven’t been able to watch the news too much recently, so I’m not hip on everything going on. But inspiration of this sort is a kind of news in and of itself, and often times contains an urgency that precedes what happens. I couldn’t imagine it not being relevant. Messages like these I imagine find their audience, or their audience finds them, like water seeking it’s level”.

While in prison, she also inked a deal with music corporation giant Sony.