A Live-In Love Triangle Ends in a Beating Death 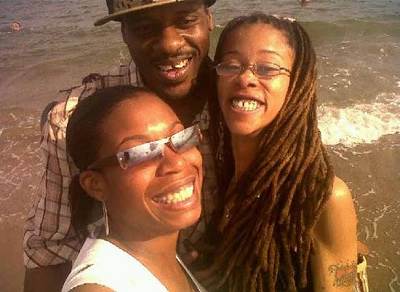 By SARAH MASLIN NIR
There were family outings at the beach, homemade pizza nights, a wintry day spent making a dreadlocked snowman — evidence of a secret life in Queens that seemed happy, if unconventional.

But there were troubling signs, glimpsed by her friends in Harlem where she still kept her old apartment, that Sheryl Outerbridge’s other life was quietly destroying her. She would return to Manhattan with burn marks and broken bones, her body tortured — her soul, too.

So much of her life did not add up. Neither did her death.

She was brought to Jamaica Hospital Medical Center last week by a couple who said they had found her near death, lying on Sutphin Boulevard nearby. According to the police, they said she had been shot in the head.

Little by little their story unraveled. The husband and wife who bundled her battered body into a 2001 Chrysler Town and Country were no serendipitous passers-by; they had been living with Ms. Outerbridge in a polyamorous — and, friends said, brutal and controlling — relationship that, law enforcement officials contend, ended when the couple beat Ms. Outerbridge to death.

Ms. Outerbridge, a 38-year-old mother of three, was buried on Wednesday in New Jersey, hours after her funeral service in Harlem. One of the suspects in her death, Devonnee Wilkerson, was arrested and charged with kidnapping and assault; her husband, Malik Wilkerson, was in custody in Pittsburgh and awaiting extradition to New York, the police said.

In a statement to the police, Ms. Wilkerson explained what precipitated the violent act. Ms. Outerbridge, she said, violated a cardinal rule of their relationship by getting a tattoo for her birthday: it said “Bish Baby,” Ms. Wilkerson’s pet name for her husband.

“There are boundaries not to cross,” Ms. Wilkerson told the police.

Ms. Outerbridge grew up a voracious reader, but struggled in school, her home life disrupted by the vicious men her mother brought home, her sister Crystal Outerbridge said. The men, she said, pulled their mother into drinking and drugs, beatings and her eventual death from complications of AIDS.

Sheryl Outerbridge persevered, getting a general equivalency diploma and a job as a bank teller. She dressed sharply in Uggs and a sleek clip-on ponytail.

But even as she climbed upward, she seemed destined to repeat her mother’s mistakes. Jobs came and went, as did the men — some so unsavory that her two preteen daughters went to live with their grandmother and their father, another relative said, and her teenage son with his father. Three years ago, neighbors in the Central Harlem apartment building awoke to a hallway filled with smoke, one resident said: A man had set Ms. Outerbridge’s door on fire.

Malik Wilkerson seemed the answer to her problems. A close friend, Nicole Irving, recalled that Ms. Outerbridge had met him at a party over three years ago, and confided that she had an abusive boyfriend whom she was afraid to leave. Mr. Wilkerson confronted the boyfriend and scared him off, Ms. Irving said. Shortly after, Mr. Wilkerson, who was known as Bishop, moved into Ms. Outerbridge’s small Harlem apartment.

So did his wife.

Known as Phoenix, Ms. Wilkerson had long dreadlocks and gaunt features behind wire-rimmed spectacles; they were a sharp contrast to Ms. Outerbridge’s round face, full lips and glossy hair. The two women appeared close: Ms. Outerbridge’s Facebook page is packed with photos of their exploits. There were visits to meet the celebrity chef Bobby Flay at Bobby’s Burger Palace in Garden City, N.Y., where Ms. Wilkerson worked; and trips to Rockaway Beach. There they snapped a self-portrait, Mr. Wilkerson between them.

Ms. Outerbridge was plain about her new lifestyle, once bringing the man she called the Don to a family cookout. When the Wilkersons moved back to the two-family vinyl-sided house owned by their relatives in South Jamaica, Queens, their new girlfriend came with them. She had her own room in the untidy two-bedroom apartment. On a recent visit, Ms. Irving, 40, of Queens, chatted on the couch with her friend and Mr. Wilkerson, while his wife applied a fresh coat of ecru paint on the living room walls with a rolling brush.
A Live-In Love Triangle Ends in a Beating Death

As frank as Ms. Outerbridge was about her three-way relationship, she tried to keep its brutal reality to herself, but that became increasingly difficult. She would return to her Harlem apartment with black eyes, a split lip, “a small map of Texas on her cheek, like somebody took the cigarette and dragged it up her face,” Ms. Irving said.

Last month, Ms. Outerbridge told another friend, Tasheka Neal, 31, that Mr. Wilkerson had broken her jaw. She suggested that the love triangle was lopsided — she indicated to her friends that her true relationship was with the man, and that his wife simply capitulated to his will.

Her forays to Harlem and her pet cat there never lasted long. “When she would come home, they would come and show up and knock on her door,” said Ms. Irving, referring to the Wilkersons. They would order Ms. Outerbridge back to Queens.

On Monday, Dec. 2, Ms. Outerbridge fled the Wilkersons, and they wanted her back. Mr. Wilkerson began calling many of Ms. Outerbridge’s friends, his voice breaking with rage when they answered. He told them he suspected she was with other men.

According to a transcript of statements Ms. Wilkerson made to the police, the Wilkersons drove around Queens in the Town and Country, searching for Ms. Outerbridge in the dark of Tuesday morning. They found her at a train station in Jamaica, and forcefully took her to their home in Queens.

Her clothes came off. Visible, on her buttock, was the new tattoo she had gotten for her birthday in late October. “She should have never gotten that tattoo, because I am his wife and that kind of tattoo is reserved for me,” Ms. Wilkerson told the police.

The couple beat Ms. Outerbridge in turns, first pummeling her temples, then battering her legs with the paint roller, still lying in the house. Her pleas for help were accompanied by calls of “Daddy,” Ms. Wilkerson’s pet name for her husband, enraging his wife further.

“I snapped again,” she told detectives. “That was another boundary not to cross.”

Ms. Wilkerson told the police she threw a beer bottle at Ms. Outerbridge’s head, and jabbed a lit cigarette into her skin. Then they beat her some more, using fists and a hammer, and left her close to death on the floor.

The next morning, Ms. Wilkerson said, she and another man took Ms. Outerbridge to the hospital, where she was pronounced dead. The other man, who has not been identified, was said to be cooperating with the police.

At her memorial service at the Unity Funeral Chapels in Harlem, guests could not help questioning Ms. Outerbridge’s lifestyle, and a fraying society.

“Initially she thought she was in control and this is one big party,” Crystal Outerbridge said on Wednesday. “My sister loved the fantasy; she didn’t want to see the reality behind it, the reality that she was with a predator with a smiling face.”

Based on Mr. Wilkerson’s phone calls the night before the killing, some speculated that he might have been crazed by the prospect of her seeing other men.

But his wife’s fury had a different root.

Toward the end of her questioning by detectives, Ms. Wilkerson admitted something she had kept to herself to that point.

“I know,” she said, “Malik had fallen in love with Sheryl.”