MAN ASSULTS GIRLFRIEND’S 5YO NEICE AND SETS HER ON FIRE 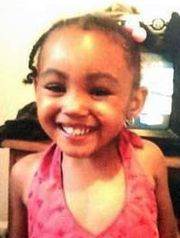 The Detroit Fire Department was called to a fire in an abandoned home at 8 a.m. that day. After the fire was extinguished, they found Mariha’s charred body on top of a mattress.
mariha smith

Mariha Trenice Smith, 5, went missing sometime between 3 a.m. and noon July 25, 2011, as the little girl slept on the living room floor at her aunt’s home.(Photo: FBI)

Investigators say Cheatham spent the early morning hours of July 24 with her mother, left the house with Mariha, sexually assaulted and killed her, then set the mattress on fire in the home about a dozen blocks away.

Cheatham, who was dating one of Mariha’s aunts, is expected to be arraigned at 2:30 p.m. Monday in 36th District Court, court officials said. Preliminary examinations for felony cases happen in this Detroit court.