MAN CHARGED WITH INFECTING OTHER MEN WITH H.I.V 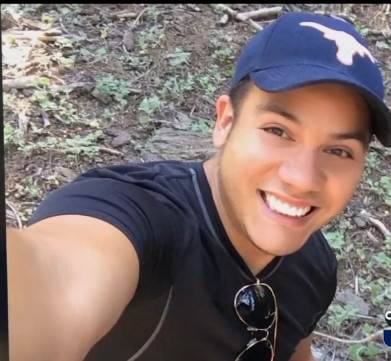 Thursday, August 28, 2014
SAN FRANCISCO (KGO) —
A Fresno man is accused of intentionally infecting other men with HIV.
Prosecutors in San Diego are building a case against 29-year-old Thomas Guerra. They believe there are at least two dozen victims in San Diego, Fresno, and perhaps San Francisco.
He also goes by the name Ashton Chavez. He pleaded not guilty to a misdemeanor charge, but now he has been scheduled to return to court after prosecutors have come up with additional charges.
Prosecutors say he had sex with other men, knowing he was HIV positive. Guerra is believed to be the great nephew of labor leader Cesar Chavez.
One San Francisco resident, who did not wish to be identified, says he remembers him well.
“Tommy, we met on a dating website,” he said.
The two dated for four months while he lived in Fresno. The now San Francisco resident says he was handsome and charming and that Guerra assured him he was HIV negative.
He later found out Guerra lied. And after being tested, he too found out he was HIV positive. He then reached out to Guerra.
“He pushed me away,” he said. “He was very hostile. We exchanged four or five messages before he blocked me on Facebook and refused to have contact with me.”
The case was first brought to the attention of prosecutors in San Diego after a former boyfriend made charges against him.
“I know of 24 individuals that have been impacted by this,” said another victim who did not wish to be identified. “I’m hearing that there could be hundreds.”
“I know people in Fresno who are positive now who had had a relationship or a sexual encounters with him,” said the San Francisco man.
In fact, documents reveal Guerra not only texted that he lied about his HIV status, he then bragged about infecting someone else.
“You know, in my heart I can’t believe that, I cannot and I don’t believe that he is really doing that,” said Roseana Alvarado, a friend of the family. “His parents were very angry when they found out he was gay and I took him in because he needed somebody to love him.”
Following these new allegations, Guerra was ordered to return to court. He could face felony charges.
“If he was intentionally infecting people with HIV, he has to be punished. It’s a horrible thing to do,” said the San Francisco man.
Anyone who knowingly infects others with HIV can be criminally prosecuted. More than 30 states in the U.S. have prosecuted people for exposing another person to HIV.
Map My News

0 thoughts on “MAN CHARGED WITH INFECTING OTHER MEN WITH H.I.V”