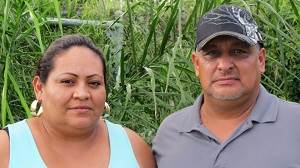 For more than two decades, Sigifredo Saldana Iracheta insisted he was a U.S. citizen, repeatedly explaining to immigration officials that he was born to an American father and a Mexican mother in a city just south of the Texas border.

Year after year, the federal government rejected his claims, deporting him at least four times and at one point detaining him for nearly two years as he sought permission to join his wife and three children in South Texas.

The error appears to have originated in 1978, and it’s been repeated ever since, frustrating an untold number of people who are legally entitled to U.S. citizenship but couldn’t get it.

“What this looks like is nobody’s ever checked it out. And it is shocking,” said Matthew Hoppock, a Kansas City attorney who specializes in federal appeals related to immigration issues.

Saldana’s case was finally resolved earlier this month, when the 5th U.S. Circuit Court of Appeals dismissed the government’s explanation of a “typo” and ruled that he had been a citizen since birth. The error, the court said, had been “perpetuated and uncorrected” by the Department of Homeland Security.

For the 49-year-old laborer and sometime carpenter, the Sept. 11 decision ended a grueling and costly ordeal. After serving a prison sentence for a 1989 drug conviction in Texas, he told authorities he was a U.S. citizen, but was deported in 1992. Between 2002 and 2007, he applied four times for a certificate of citizenship. Each time he was deported, he was separated from his family.

“I have always lived with a fear in my house that whichever night, they’ll arrive and arrest me,” said Saldana, who was born in 1964 in the border city of Matamoros, across the Rio Grande from Brownsville.

Days after the ruling, Saldana still seethed with frustration for all the rejections, for every time his family had to scrape together money to hire another lawyer. He rued time missed with his children, the low wages he endured as a worker without papers and the responsibilities that fell on his wife, Laura.

Saldana argued that he automatically became a U.S. citizen at birth because his father was an American.

But because his parents were not married, U.S. authorities claimed he should have been “legitimated” by age 21 in a process they claimed was governed by Mexican law, specifically the phantom Article 314.

A 2008 letter from U.S. Citizenship and Immigration Services cited the article and said the only way for Saldana to gain legal legitimacy would have been for his parents to marry.

The marriage never happened, but it didn’t have to.

Saldana’s birth certificate registered with the Mexican state of Tamaulipas includes both his parents’ names. The appellate court said that was enough.

“So all along, that’s been in this case, and you all have been citing this over and over again to people for years now, and you can’t even look it up in Mexican law,” Walker Elrod said to government attorney Aimee Carmichael. “It doesn’t even exist.”

Homeland Security officials did not respond to a request for comment.

The court said the government had “relied on provisions of the Mexican Constitution that either never existed or do not say what DHS claims they say.”

That last part references the government’s use of a different provision of the Mexican Constitution, Article 130, to deny Saldana’s claim in 2004. That article exists, but says nothing close to what the government claims.

Hoppock said such mistakes are rare but become more common when interpretations of foreign law are involved. “Most of the people here talking about it don’t really know what the Mexican Constitution says,” he said.

He added: “These people are citizens by their birth, and for 35 years the government has been telling them you are not citizens because of this law that doesn’t exist.”

Ignacio Pinto-Leon, assistant director of the Center for U.S. and Mexican Law at the University of Houston Law Center, said the Mexican Constitution contains little related to family law and nothing about legitimizing out-of-wedlock births. The court’s hypothesis that the government was actually trying to reference state civil code instead of the constitution is possible, but would still be mistaken, he said.

It’s unclear just how many cases have been affected by the error. The court’s opinion cited four in addition to the original one in 1978, and there are surely others. Immigration cases are not open to the public.

Kathryn Mattingly, a spokeswoman for the Justice Department’s Executive Office for Immigration Review, which adjudicates immigration cases, said in an email that the agency is reviewing the appellate decision.

Most denials are never appealed, often because the people involved do not have the money to pursue the matter to higher courts.

Saldana didn’t always have the money either, but he was persistent.

He would “get to a certain point and have to stop, and a lot of people don’t have the money to go beyond the initial denial,” his attorney, Marlene Dougherty, said. “They figure ‘Well, immigration said this so they’re right.'”

Many immigration attorneys are frustrated with the constant misapplication of the law, she added. But the recent decision in Saldana’s favor gives her new hope.