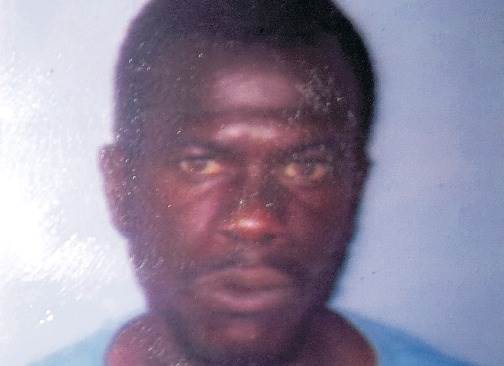 JASON Forbes seemingly foresaw his death while lying on the floor of the Spanish Town Hospital Tuesday night, complaining about a pain in his stomach and pleading for assistance from health care workers.
When his name was eventually called on Wednesday morning and a security guard lifted him from the floor onto a wheelchair, he was dead.
“Mi belly ah hurt mi, unnu help mi nuh, unnu a guh mek mi dead,” Forbes, the father of a 13-year-old daughter, pleaded on Tuesday night, according to his sister Carmen Gunn.
His 76-year-old mother, who spent the night at the Spanish Town Hospital with Forbes waiting for him to be attended to, also tried to get some assistance for him, but was repeatedly told to sit down.
Gunn told the Jamaica Observer yesterday that, after getting to the hospital, some time after 7:00 pm, her mother was told to get Forbes registered, which she did. Gunn said that after her mother registered Forbes they sent her back out with him.
But he kept on crying, and her mother, who had suffered a stroke, said: “‘Listen, I have a stroke and my son is out there dying with his stomach, somebody need to tend to him’,” Gunn said.
“The lady who was at the desk said to her, ‘Mother, go and sit down; many persons are here’.
“So my mother turn to her and said, ‘Listen, many out here, but none dying. My son is dying’,” the obviously distraught sister told the Observer.
On Tuesday he complained about feeling a pain in his stomach and was taken to the hospital that evening. Gunn said that her mother was there with her brother, who was lying on a towel on the hospital’s floor because there was no bed or chair available, until about 9:10 yesterday morning when his name was called.
“When dem call him there was no porter there… that’s when the security guard ah push him guh inside, and that’s when him drop out of the wheelchair,” Gunn said, breaking down in tears. “Him just go down on his knee and the security find out seh him dead by the doctor dem come.”
“The hospital has not said anything more than tell my mother if she knows that her son died, and my mother said, ‘yes, mi know seh unnu did a guh sit down there and mek mi pickney dead out deh pon di hospital floor’,” said Gunn.
She told the Observer that an autopsy is going to be done, but insisted that had her brother been attended to, instead of neglected, his life could’ve been saved.
“Him distinctly tell dem seh him a guh dead, him tell dem and dem mek mi brother sit down there and dead,” added Gunn, unable to hold back tears. “It’s not like he was at home and we know him feeling the pain and he died at home. We took him to the hospital, right at the place where you feel seh him life will be saved, right there. We felt that is there is the perfect place, but it wasn’t.”
“If mi brother did dead at home, mi woulda feel better,” said Gunn. “But guess what, dem seh poor a crime, if poor a nuh crime, thief is not a crime, member mi tell yuh. Because if we never did poor my brother woulda guh a Andrews or somewhere and him life would have been spared. But because wi poor, a suh it stay.” Gunn is now worried about her mother, who suffered a stroke two years ago and “is not doing too well”.
“The little boy lay down pon the towel on the hospital floor, him cry, him seh ‘unnu help mi’ and no one,” recalled Gunn. “Until that is the result — death.”
Up to press time, the Jamaica Observer was still awaiting a response from the South East Regional Health Authority — the health ministry’s statutory body which has oversight responsibility for the Spanish Town Hospital, as well as other health facilities in St Catherine, St Thomas, Kingston, and St Andrew.