MAN PLOTTED TO KILL AND EAT CHILDREN GETS 27 YEARS 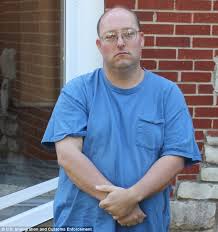 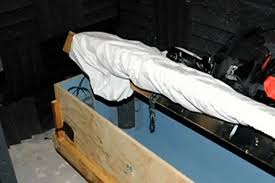 (CNN) — A Boston-area man, who was planning to kidnap children, lock them in a basement dungeon, rape and eat them, should be imprisoned for at least 27 years, federal authorities said in court documents filed this week.

The man, Geoffrey Portway, 40, pleaded guilty in May to distribution and possession of child pornography and solicitation to commit a crime of violence, according to court documents.

He is scheduled to be sentenced on September 17.

“Portway has pled guilty to some of the most vile and heinous crimes known to our society,” federal prosecutors wrote in a sentencing recommendation.

Portway went by the moniker “Fat Longpig” during his online chats, according to court documents.

It was these chats that put Portway on the radar screen of police.

His home in Worcester was searched last year and authorities found tens of thousands of computer images and videos of child pornography, 4,500 exchanges of child pornography between Portway and the people he chatted with online. The images included children being cooked and prepared to be eaten, court documents said.

Online chats, seized by police, showed Portway call his basement a “dungeon” where he intended to “keep kidnapped children while he sexually abused them and as a place to eventually murder and cannibalize the children.”

Two other men who chatted with Portway have already been convicted.