MAN SEH HIM VISA GET TEK WHEY A NEWARK 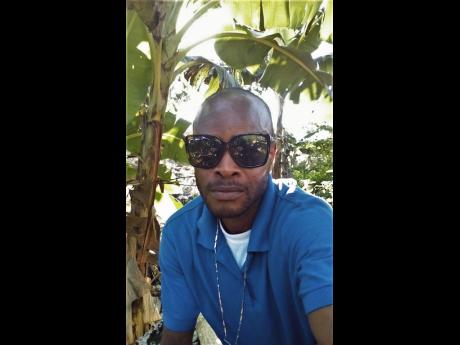 A Jamaican couple had their plans to celebrate St. Valentine’s Day together abruptly ruined when the boyfriend was denied landing access at Newark’s Liberty airport on the night of Wednesday, January 18. Instead of spending the night in the loving arms of his sweetheart, the resident of Retirement in Montego Bay was kept in confinement at the airport, and summarily placed on the first flight back to Montego Bay the following morning.

Glenroy Sewell, 35, a chef who lives in Montego Bay, Jamaica, was on United Airlines flight 1628 from Montego Bay to Newark travelling on a 10-year US visitor’s visa to spend three weeks with his fiance, Leslie Crosby, in Newark to celebrate her February 10 birthday and to celebrate St. Valentine’s Day together. The lovers met in Newark on July 4, 2015 on his first visit to the United States and they have been dating since. This was only Sewell’s second visit and they wanted to spend some quiet, romantic time together celebrating their new-found love for St. Valentine’s week. They talk and text daily, but with living in two separate countries, they only get to be together once every few months, mostly when Leslie, who is a health care worker at a major Newark hospital, travels down to Jamaica. .

But shortly after Sewell pulled up to the arrival gate at Terminal C at Newark, a nightmare began to unfold. He told The Gleaner that once he deplaned and joined the immigration line, he started to sweat profusely. He felt OK but he had no idea why he was sweating. This attracted the attention of an immigration official who took his travel documents and pulled him from the line. He was taken to a room and questioned by seven different officials who interrogated him about drug trafficking. With every new questioning, he vehemently denied the drug allegations. His luggage was ripped apart and a full body search was conducted including an intestinal flush after he was asked to drink a fluid. No trace of any drug was found.

… His girlfriend waited – and waited!

By this time, his girlfriend was anxiously pacing the arrivals area at the terminal. It was clear that all the other passengers on the flight from Montego Bay had been whisked away by their loved ones but no sign of Sewell. Suddenly her cell phone rang. The caller identified himself as immigration and she was asked if she was expecting a visitor from Jamaica. “Yes,” she said abruptly. “I am waiting for Glenroy Sewell from Montego Bay.” She was further asked how long she had known him, when was the last time she saw him, her address and if he was going to stay with her. She answered all the questions and the caller said thanks and hung up.

But her wait at the airport continued with no end in sight, and still no sign of Sewell. After asking around to glean whatever little information she could, she learnt that two people from the Montego Bay flight had been kept back for ‘processing’. She was advised by an unofficial source, a red cap, to go home and wait for a call. She did this, and the call came in at 9:45 PM, nearly five hours after the flight landed. It was Sewell and it was bad news. “Baby, I am still at the airport. I’ve been denied landing, they cancelled my visa and I will be on the first flight back in the morning. Call my brother and ask him to pick me up at midday please.”

With Valentine plans shattered and hundreds of dollars wasted, the couple was left stunned, puzzled, frightened and disappointed. Sewell said he’d had very little to eat or drink in nearly 24 hours. He said the immigration officers filed a number of reports in the interrogation room. His visa was cancelled on the spot. He said that despite repeated requests, he was never told why he was being sent home. He said he was only told to go back home and secure a waiver to return to the US, or wait five years to reapply for a visa. In the meantime, Sewell’s girlfriend has retained the services of an immigration attorney in New York who has requested a number of documents for immediate review.

But while this unfortunate Glenroy Sewell incident happened just before the executive order was signed by President Trump that restricts travel for citizens from seven majority Muslim countries, there is growing concern within Jamaican communities in the New York tri-state region and beyond about how the ban may affect Jamaicans now and in the future. Congresswoman Yvette Clarke (Democrat) whose parents are Jamaican was asked about the current unease and here’s what she told The Gleaner.

“I am outraged by Donald Trump’s decision to prevent citizens from several countries from entering the United States. This is contrary to our values and an attack on decency itself. We are better than this. But Donald Trump’s recent actions are not only contrary to our values. They are also contrary to our interests. This order will help our enemies recruit supporters, make it harder for law enforcement officials to build trust with immigrant communities here at home, and prevent us from attracting the world’s top talent and creativity.”