A security guard, who was reportedly caught at the airport with one pound of ganja in his suitcase, claimed he bought the suitcase at a garage sale and did not know that it contained drugs.

Sean Ellis was arrested and charged with possession of ganja, dealing in, possession, and taking preparatory steps to export ganga after the drug was reportedly found in his suitcase when he checked in to board a flight to Barbados.

On Friday when Ellis appeared in court, he pleaded guilty to the possession and dealing charges. When asked by Judge Pusey why he had pleaded not guilty to the other charge, he told her that he bought the suitcase at a garage sale. 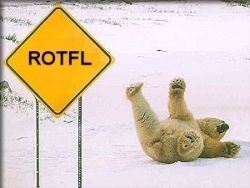 Judge Pusey then told him: “Most people don’t like me when they meet me.” But Ellis told her that he thought she was a decent person. She then questioned Ellis about his occupation and why he was visiting Barbados.
He told her that he was a security guard and before that had worked as a chef, and was going to the Caribbean country on vacation. Judge Pusey then asked Ellis where he was going to stay and he told her was planning to stay at Casablanca Resort.

“That is a five-star hotel. Where you get the money to pay for the ticket and the hotel?” she asked. Ellis, who had told the court that he had earned $16,000 per month as a guard, said that he had been saving for years.

“And you think you can come to me with that story ‘bout you buy suitcases at garage sale? No matter how wonderful you think I am, I’m not buying that story,” the judge told Ellis before remanding him in custody. He will next appear in court on June 15.