MAN WANTS TO BE KEN DOLL

Rodrigo Alves, 32, has undergone 42 operations to look like a Ken doll (Barbie’s beau), and is now reportedly being treated for a potentially life-threatening condition after his body rejected his new nose. 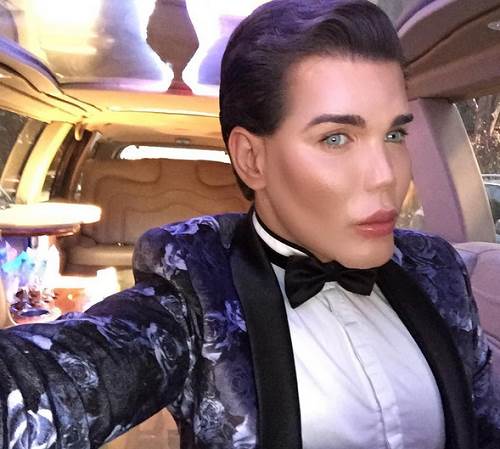 London-based Alves is currently in a hospital in Spain with necrosis — a condition in which the flesh begins to die after being rejected by the body — following a nose reconstruction, according to the Daily Mail.

He told the publication, from the hospital, “I had nose reconstruction three months ago and it appears the new cartilage has been rejected by my body.”

“A horrible hole has appeared in my nostril, and the infection is eating my nose and I’ve been warned if it is not stopped, it could eat into my face,” Alves explained.

According to the National Institutes of Health, necrosis is the death of body tissue, which occurs when too little blood flows to the tissue. It is a condition that cannot be reversed.

The Anxiety and Depression Association of America notes that people who have body dysmorphic disorder (BDD) think about their real or perceived flaws for hours each day.

People with BDD can’t control negative thoughts about their looks and don’t believe people who tell them that they look fine. They may even undergo unnecessary plastic surgeries to correct perceived imperfections, but never find satisfaction with the results.

We sincerely hope Alves gets better, and that if and when he does, he and the woman trying to look like Barbie can connect and start a support group.

9 thoughts on “MAN WANTS TO BE KEN DOLL”