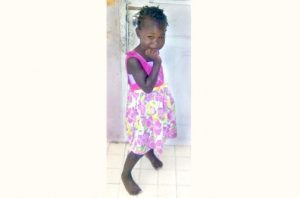 The St. James man who’s being sought in relation to the death of his daughter is now in Police Custody.

Head of the Area 1 Police ACP Winchroy Badoo, says Thomas will be questioned extensively by Investigators.

Thomas had been on the run since Tuesday following the gruesome discovery of his child’s body along Dump Up Beach in Montego Bay.