Following the World Cup qualifying soccer match, held on Tuesday, September 10,2013, at The National Stadium between Costa Rica and Jamaica, sadness and disappointment has now entered the hearts of many Jamaicans. The match which ended with a 1-1 draw has seemingly left one of Jamaica’s prized monuments defaced.
Residents in close proximity to the National Stadium are alleging that during the match, visitors from the opposing team, brought along with them, paint that they used to paint their faces in the color their country’s flag. Witnesses who have requested to be unnamed, allege that there was also white paint used by the visitors while they were in the National Stadium.
After the match, while exiting the stadium , witnesses allege that a few of the men who were using the paint earlier that evening, hurled the remaining red paint unto the monument.
Speculations are that, many people may have seen the incident but declined to take it seriously because there was no hostility during the game. They may have thought that the visitors were having a good time. Also,there was a strong police presence in the area and no alarm was made during and after the incident.
A young woman who uses the route via stadium to get home said that

I drive directly pass the statue and it was clean, inna di night when match a gwaan mi drive pass it and it was clean this around 7”00pm. On my way to work the next morning ( Wednesday) mi see red paint all over the statue”.Dem come throw paint pon wi statue, and the dam police station dey right cross the road. Heights of slackness

Residents in the area said that after seeing that the statue was still marred by red paint that evening, they decided to take pictures which were submitted to Jamaicanmateyangroupie.com. The Jamaican media has followed suit and the statue has since been cleaned. 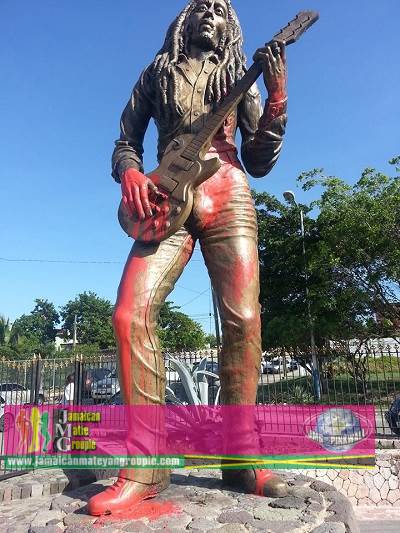 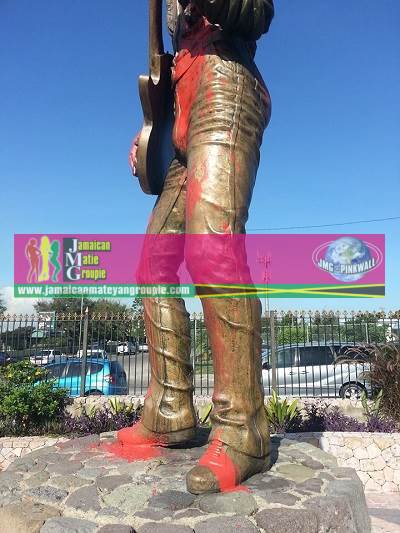 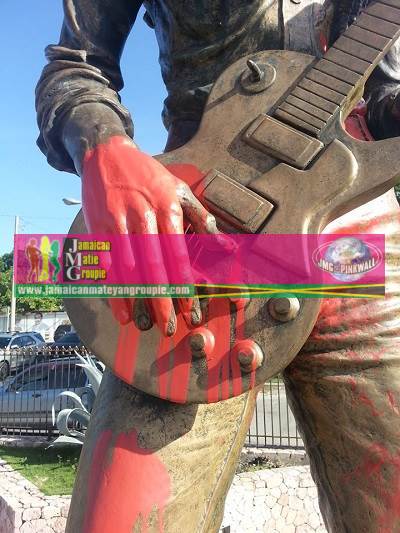