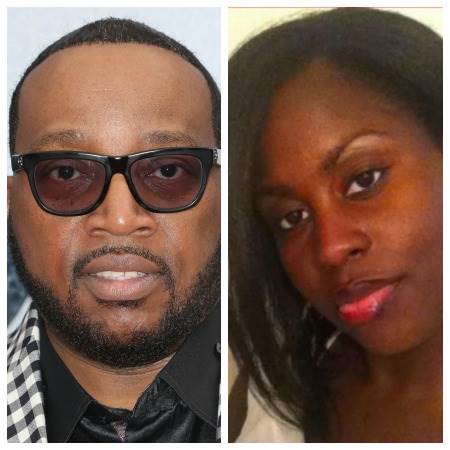 It seems that Teleka Patrick story, the doctor who has been missing since December 5, has gotten even more complex. Just yesterday, we reported that Teleka’s ex husband, Ismael Calderon, stepped forward and claimed his wife of two years suffered from mental illness. He spoke about Patrick’s faith and commitment to God and how that faith morphed into delusion and paranoia.

And according to new reports, Teleka’s faith may have led her to become obsessive. Marvin Sapp, pastor and gospel singer had an order of protection against Patrick in which he claimed she was obsessed with him. Sapp said that the 30 year old doctor started contacting him over a year ago when she lived in California. But things escalated when she moved to Kalamazoo, Michigan to complete her residency.

Sapp said that he started taking Ms. Patrick’s advances more seriously when she came to his Grand Rapids church, sent him more than 400 pages of correspondence and claimed to be his wife. These actions caused him to seek out the personal protection order (PPO).

In a statement released to Target 8 News, Sapp said,

“Thoughout my career, my family and I have fallen victim to inappropriate attempts to contact me by several unkind individuals. As a father of three children and pastor of one of the largest congregations in West Michigan, I cannot take this kind of obsessive attention lightly.”

In the PPO Sapp also said that Patrick had contacted his children and had been to his home.

Sapp’s PPO further corroborate claims from her ex husband, Calderon. Who said that he believed her move to Michigan was very calculated and most likely had nothing to do with her pursuing her career.

“She went to Michigan on purpose and I don’t believe it had anything to do with, ‘Oh, Michigan has a really great psychiatric residency program.’ What I heard is that there was somebody that she maybe felt God wanted her to be with.”

Calderon said that their marriage ended because Patrick was unwilling to seek help for what he believed to be a mental illness. He said that she might have been afraid to admit that she was indeed suffering.

A video of Patrick appearing to be speaking to a love interest have surfaced on YouTube; but as of now, it’s unclear if that video was directed toward Sapp.

Initially, the family said that they found claims of Patrick’s illness surprising and confusing. But after Target 8 ran their report, detailing the PPO Sapp had taken out against her, they released this statement:

“Another day has gone by and Teleka still isn’t home.

There are so many details that have been revealed during the course of this investigation that confuse and hurt us all the more. We would like to thank Ismael Calderon for coming forward and giving us some insight as to what Teleka may have been thinking/ experiencing on the days leading up to her disappearance. We have the utmost respect for him. Regarding the YouTube videos that have been found, we do not have any information as to who or what she is referring to. We have had no indication of a recent significant other, besides a relationship that ended early this year.

Regardless of Teleka’s emotional state, we believe wholeheartedly that she has encountered some harm or danger. It is unlike her to go any significant length of time without any contact with family or friends.
Concerning the protection order that was filed against Teleka earlier this year, we have been advised by the Kalamazoo Sheriff’s Department that the release of this information could possibly impede the investigation into her disappearance. We encourage you to contact the Kalamazoo Sheriffs Department and the FBI with any questions that you have. Throughout the course of this investigation there have been more questions than answers and all we want is for our daughter to be brought home. We need closure. We need answers.
The fact that Teleka’s car was found with a flat tire on I-94 has not changed. The fact that she has not been seen since December 5th has not changed. These are the facts that frighten us. Teleka is missing and we want whoever has her or has harmed her in any way to come forward.

Teleka is our eldest child. One of three bright stars in our lives, and we won’t be whole again until she is found.”

I’m glad they released the message, regardless of the nature of her disappearance or the issues that may have led up to it, Teleka’s disappearance is still an open investigation and one that still deserves law enforcement’s full attention and our compassion.

0 thoughts on “MARVIN SNAPP HAD RESTRAINING ORDER AGAINST TEKEKA PATRICK?”